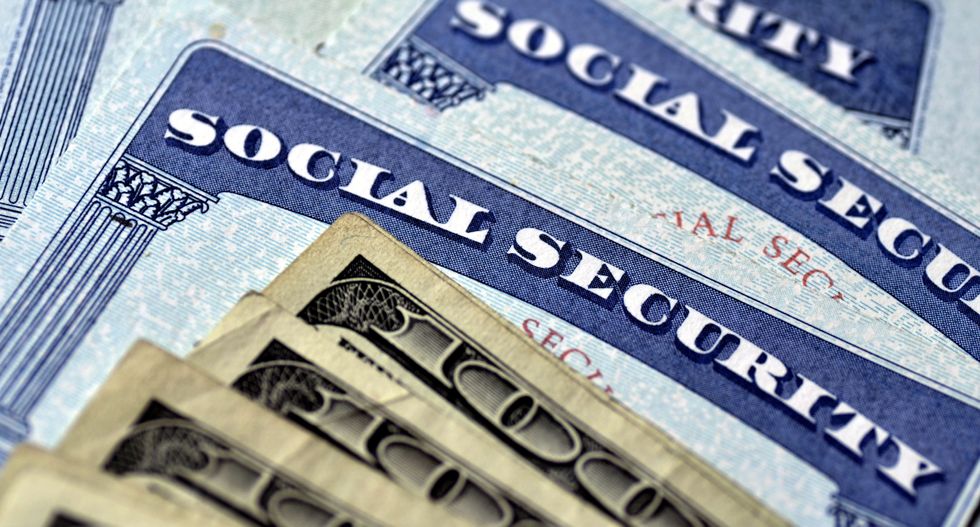 "It is alarming that the agency appears more concerned with devoting limited resources toward making it harder for people with disabilities to receive essential benefits."

Ahead of a public comment period ending Friday, dozens of U.S. senators came together Tuesday in a letter opposing a Trump administration proposal that could cut off hundreds of thousands of people from an estimated $2.6 billion in Social Security disability benefits over a decade.

"This proposed rule appears to simply be another transparent attempt from the Trump administration to make it more difficult for Americans to access essential supports and benefits."

The rule, published in the Federal Register by the Social Security Administration (SSA) in November 2019, would force people to more frequently complete continuing disability reviews (CDR) to keep their benefits.

The senators wrote in their letter (pdf) to SSA Commissioner Andrew M. Saul Tuesday that "the proposed rule would dramatically increase the number of CDRs the agency conducts every year and burden millions of Americans with disabilities with more frequent, unjustified reviews of their eligibility for Social Security Disability Insurance (SSDI) and Supplemental Security Income (SSI) benefits."

"At a time when leadership from SSA is sorely needed to further reduce unacceptably long disability application wait times and eliminate the disability backlog," declared the letter, "it is alarming that the agency appears more concerned with devoting limited resources toward making it harder for people with disabilities to receive essential benefits."

The letter accused the SSA of failing to justify the need for the specific changes, or fully examine the consequences, pointing out that the published proposal "does not even provide a cursory estimate of the number of people who will lose access to benefits earlier than they would have otherwise as a result of this rule."

"This proposed rule appears to simply be another transparent attempt from the Trump administration to make it more difficult for Americans to access essential supports and benefits," the letter concluded, urging SSA to withdraw it "immediately."

The four members of the upper chamber who are competing in a crowded field for the Democratic Party's 2020 presidential nomination—Sens. Michael Bennet (D-Colo.), Amy Klobuchar (D-Minn.), Bernie Sanders (I-Vt.), and Elizabeth Warren (D-Mass.)—are all among the 41 signatories.

Democratic Sens. Bob Casey (Penn.) and Sherrod Brown (Ohio), two of the lawmakers who led the letter effort, spoke at a live-streamed #NoSocialSecurityCuts event Tuesday that also featured remarks from advocates for people with disabilities.

Casey said that those in government should wake up each morning and ask themselves at least one fundamental question: "Will I spend today advancing the cause of justice or not?" This proposed rule change, he continued, "is wrong. It's a mistake. It is certainly not in the interest of justice, and it's certainly adverse to the interests of people with disabilities."

Trump's remarks at Davos were also highlighted by Rep. Brendan Boyle (D-Penn.), who joined the senators and activists speaking out Tuesday against the proposed rule change.

"It is wrong, it is cruel, and it is not in keeping with my vision and our vision of a just society," said Boyle.

"The administration is failing in a frontal attack, which would be passing legislation, so they're attempting an end run, using the rulemaking process and the powers of the executive to nip away and take kind of death by a thousand cuts of the Social Security program," the congressman added, "because that is the second act in a two-act plan to reduce the size of government and give away that money in tax cuts to the very wealthy."

Boyle attended the event on behalf of the more than 100 lawmakers in the House who have joined a separate letter he is leading to oppose the SSA rule, which is expected to be released in the coming days. The adminsitration's proposal also has been met with significant opposition from the public.

Over 114,000 people have submitted comments through a letter campaign sponsored by Social Security Works and other organizations opposed to the rule, and more than 10,000 have done so through a similar campaign by the Alliance for Retired Americans.

"This proposal is cruel and dangerous," Richard Fiesta, executive director of the Alliance for Retired Americans, said in a statement Tuesday. "Social Security disability benefits are earned over years of hard work—just like retirement benefits. We should make it easier for people to claim the benefits they need and are eligible for, not harder."