737 MAX was ‘designed by clowns’ who were ‘supervised by monkeys’: Boeing rocked by ‘damning’ emails 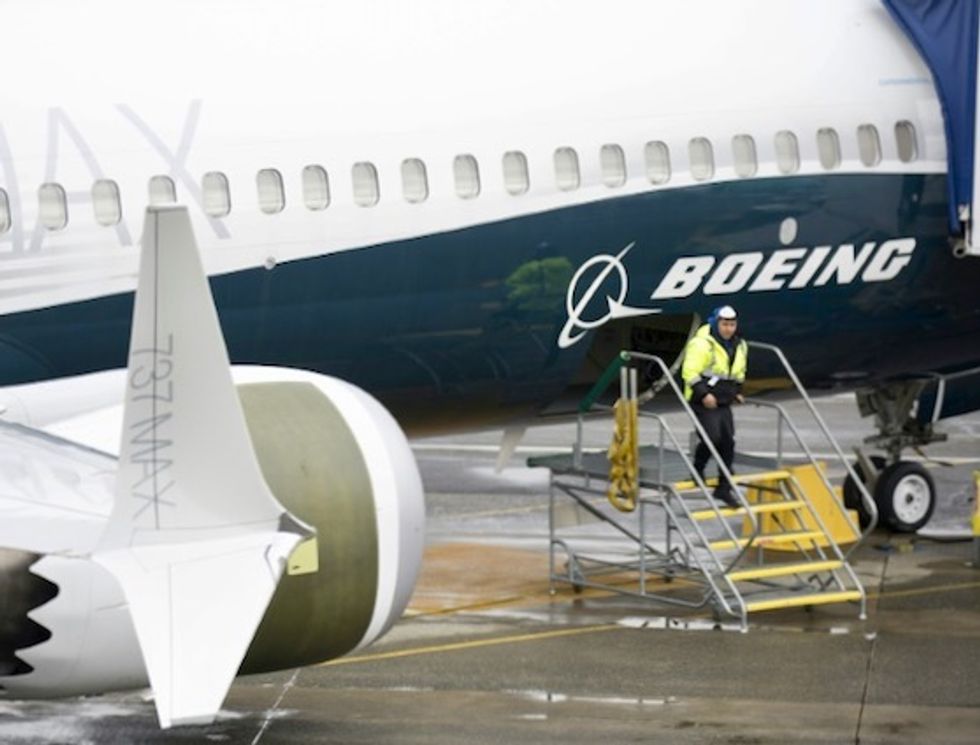 Boeing employees bantered about whether the 737 MAX was safe to fly and joked that the aircraft was "designed by clowns who in turn are supervised by monkeys," according to emails released late Thursday.

"Would you put your family on a MAX simulator trained aircraft? I wouldn't," a Boeing employee wrote to a colleague in one newly-released exchange conducted about eight months before the first of two fatal MAX crashes.

"No," the colleague answered.

The communications, released by Boeing following their disclosure to lawmakers and regulators, raised fresh questions about the aerospace giant, which has been in crisis mode since March following a pair of MAX crashes that claimed 346 lives and grounded the company's best-selling plane.

Adding to the problems, a top MAX supplier, Spirit AeroSystems, announced Friday it will lay off 2,800 employees, and possibly more, after Boeing halted production of the top-selling plane, and the Federal Aviation Administration proposed a $5.4 million civil fine on Boeing for installing defective parts on the MAX.

The latest disclosures could complicate efforts by Boeing to win FAA approval to return the plane to service and may amplify calls in Congress for more profound steps to address company culture after the aerospace giant ousted its chief executive in December.

The new emails -- called "incredibly damning" by one top lawmaker -- come on the heels of a shock exchange publicly disclosed in October in which a Boeing pilot called a flight handling system implicated in the two crashes "egregious."

In late December, after months in crisis mode, Boeing pushed out its embattled chief executive, Dennis Muilenburg, in part due to tensions with the FAA, replacing him with longtime board member David Calhoun, who is set to take over Monday.

Boeing disclosed late Friday that Muilenburg will not receive a severance payment or bonus awards for 2019.

The company's share price dropped 1.9 percent to close Friday at $329.92, the biggest loser in the Dow.

The latest exchanges happened as Boeing was working to persuade the FAA that pilots would not need simulator training to fly the new MAX, arguing that training on computer tablets would be sufficient.

"I still haven't been forgiven by God for the covering up I did last year," one employee wrote in a message from 2018 in reference to dealings with the FAA.

"I know but this is what these regulators get when they try and get in the way. They impede progress," another wrote in August 2015.

"This airplane is designed by clowns, who in turn are supervised by monkeys," another employee said in 2017, apparently in reference to the FAA.

Boeing apologized for the tone of the messages, which it said were sent to congressional investigators in the interest of transparency.

"We regret the content of these communications, and apologize to the FAA, Congress, our airline customers, and to the flying public for them," the company said

"We have made significant changes as a company to enhance our safety processes, organizations, and culture," the company said, adding that it will ultimately take "disciplinary or other personnel action."

And despite jokes about problems with MAX simulators, "we are confident that all of Boeing's MAX simulators are functioning effectively," the statement said.

The FAA called the language in the documents "disappointing," the emails did not reveal any new safety risks.

"Our first priority is safety, and we have set no timeframe for when the work will be completed," an FAA spokesman said.

"They paint a deeply disturbing picture of the lengths Boeing was apparently willing to go to in order to evade scrutiny from regulators, flight crews and the flying public."

Robert Clifford, who represents family members of victims, said employees in the exchanges demonstrate "a lack of concern for human life is beyond cold-heartedness," adding that the company's conduct "goes far beyond negligence."

Boeing on Tuesday reversed its earlier position and endorsed simulator training for MAX pilots prior to resuming flights, a change likely to further delay the aircraft's return to the skies.

In another development late Friday, the FAA announced a $5.4 million penalty against Boeing for allegedly installing parts on 178 MAX aircraft that did not meet quality standards.

Boeing allegedly failed to adequately oversee its suppliers on the parts and "knowingly submitted" the aircraft for certification, the FAA said.

The FAA company last month announced a $3.9 million fine on Boeing for the same issue involving some 737 NGs, a predecessor to the MAX.