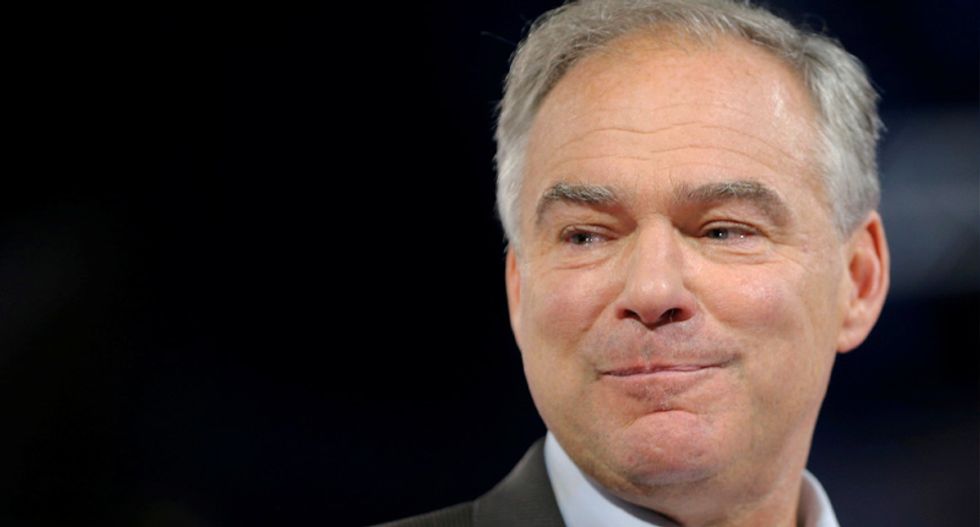 Speaking to The Daily Beast this Tuesday, Senator Tim Kaine (D-VA) said that there may be a growing contingent of Republicans who are willing to curtail President Trump's ability to go to war with Iran, thanks to the reportedly disastrous security briefing Secretary of State Mike Pompeo gave legislators last week.

According to Kaine, there are now around a dozen GOP senators willing to vote in favor of a resolution that requires congressional approval before any escalation of military activity. Kaine added that there might be more Republicans in support of the resolution than he knows of.

Several legislators expressed frustration with Pompeo's briefing, saying that it was "evasive or dismissive" when it came to any sort of rationale for the targeted killing of Iranian general Qassim Suleimani.