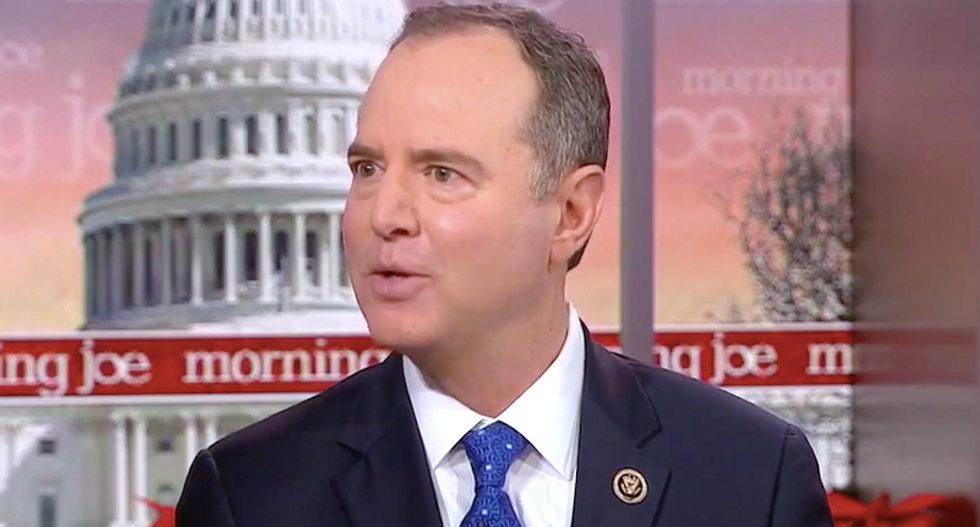 Democratic lawmaker Adam Schiff, who is leading the prosecution in the impeachment trial of Donald Trump, said Sunday he felt threatened by a tweet from the president.

Trump tweeted that "Shifty Adam Schiff is a CORRUPT POLITICIAN, and probably a very sick man. He has not paid the price, yet, for what he has done to our Country!"

Asked later on NBC whether he considered the tweet as a threat, the California lawmaker said he thought it was "intended to be."

As chairman of the House intelligence committee, Schiff oversaw weeks of hearings that fleshed out the charges that led to the House vote December 18 to impeach Trump.

Schiff is now the lead impeachment manager, the most prominent of Trump's accusers in the Senate trial, which resumes Monday after a brief recess.

Schiff has long been a target of Trump's particular wrath. The president mocks him as "Liddle' Adam Schiff," says the congressman has a "pencil neck," and, more than once, has rendered his name as "Schitt."

But Sunday's tweet seemed to go a step further.

"The president has a tendency to say things that seem threatening to people," Zoe Lofgren, another Democratic impeachment manager, said on CNN. She said Trump "really ought to get a grip and be a little more presidential."

On Wednesday, as he summed up the charges against Trump, Schiff accused the president of trying to "cheat" in the 2020 election by pressuring Ukraine to dig up dirt on Trump's political rivals.

Republicans sharply objected when Schiff quoted a reported comment from a Trump confidant who said some senators had been warned, "Vote against the president and your head will be on a pike."

Lankford said he was "offended" by Schiff's remark.