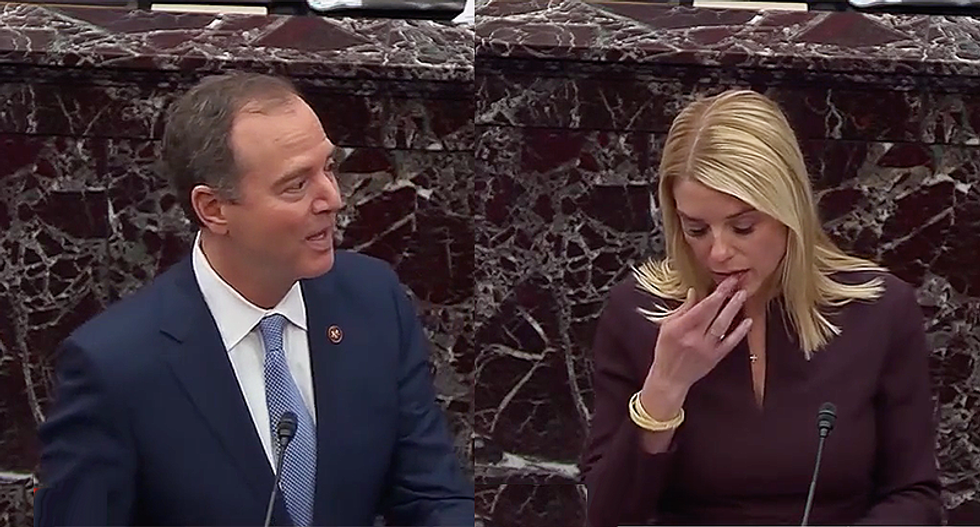 Former Attorney General Pam Bondi (R-FL) went down in flames during her only opportunity to speak on the Senate floor as part of President Donald Trump's defense.

In her accusations lodged at the House team, Bondi said that two men that Democrats requested weren't allowed the agency's lawyer to attend the deposition with them. Both Robert Blair and Michael Duffy only wanted to speak to the House if the lawyer for their department was present, not a private lawyer. The rules that Democrats used for their hearings were ones that Republicans actually outlined and members of Trump's own legal team actually argued in favor of.

Rep. Adam Schiff (D-CA) politely fact-checked her. The internet wasn't as kind. You can see some tweets and the video below: