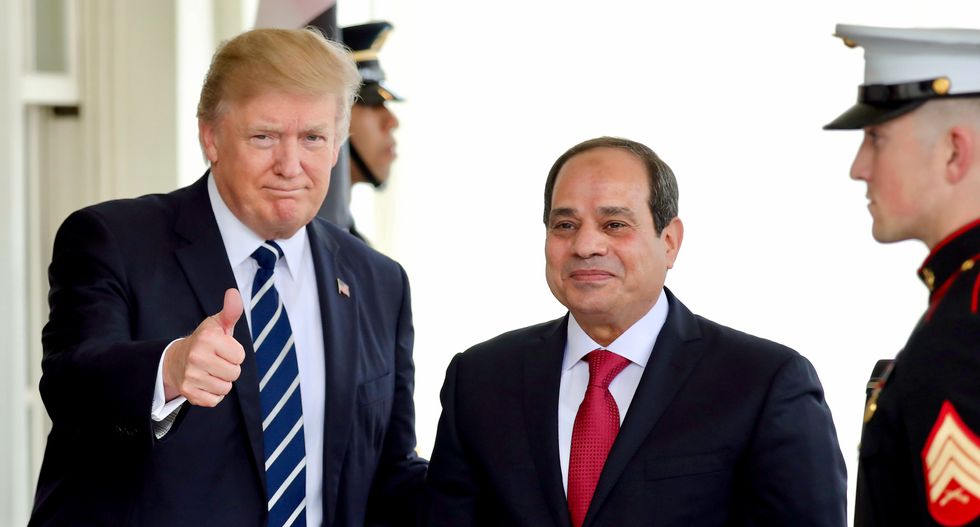 The United States on Monday confirmed the death of Egyptian-American Moustafa Kassem in a prison in Egypt where he had been in custody since 2013, and vowed to continue raising concerns over Cairo’s human rights record.

Kassem, who had been on a liquid-only hunger strike to protest his conviction, stopped taking liquids last Thursday, rights group Pretrial Rights International said in a statement. The group, which said it was representing Kassem and his family, also said that Kassem died on Monday in a hospital.

“I am deeply saddened to learn today the death of U.S.  citizen Moustafa Kassem who’d been imprisoned in Egypt,” the U.S. assistant secretary for Near Eastern affairs, David Schenker, told a State Department briefing.

“His death in custody was needless, tragic and avoidable,” Schenker said. “I will continue to raise our serious concerns over human rights and Americans detained in Egypt at every opportunity.”

Kassem was sentenced to prison in September 2018, along with dozens others, over a 2013 sit-in that ended with security forces killing hundreds of protesters. The sentencing, which included jail terms for more than 600 others, concluded a mass trial of people accused of murder and inciting violence during the pro-Muslim Brotherhood protest at Rabaa Adawiya square in Cairo.

Washington is Cairo’s closest Western ally and one of its top aid donors.

Rights activists say President Abdel Fattah al-Sisi has overseen an unprecedented crackdown on freedoms in Egypt since he took power in 2014. Sisi and his backers say the measures are needed to keep Egypt stable and to counter threats from Islamist militants.

Rabaa square was the single most deadly incident in unrest that followed the 2011 popular uprising that toppled Egypt’s longtime leader Hosni Mubarak.