Born in Auschwitz, survivor says stories of atrocity must be told 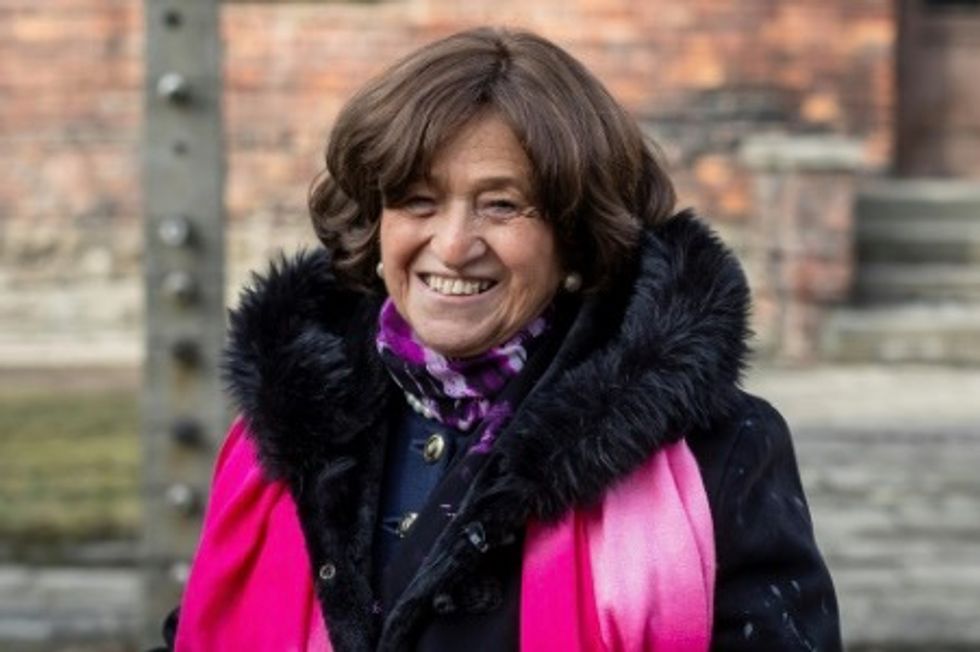 Her mother was so malnourished that the Nazi camp guards did not even know she was pregnant.

She was born on December 21, 1944, just weeks before the camp was liberated -- and six months after the Nazis deported her mother from Hungary to the camp in occupied Poland, where they killed over 1.1 million people, mostly Jews from across Europe.

The 75-year-old -- now a great grandmother living in Montreal, Canada -- is one of over 200 survivors who returned to Auschwitz on Monday for a ceremony marking 75 years since the camp's liberation.

The surge in anti-semitic hate speech and violence on both sides of the Atlantic in recent years has triggered old fears that she thought she had laid to rest once and for all.

But it has also made her more determined than ever to share her incredible story as both a lesson and warning.

Her mother arrived at Auschwitz on May 25, 1944, and was sent to a barracks where the camp's doctor Josef Mengele, known as the "Angel of Death", held twins that he used for experiments.

Despite being severely malnourished, she came to full term -- managing to conceal her pregnancy and then her newborn baby.

"She used whatever papers she could find to put on top of me, she kept me hidden," Orosz Richt told AFP, walking past the barbed-wire fence and red-brick barracks inside the camp where her life began.

"Her biggest fear was when she had to go outside, to stand for the appell (camp roll call), that the rats will eat me and she won't find me when she comes back.

"It was God's miracle that she managed to breastfeed me --- she only drank water but milk came out."

Recent deadly anti-semitic attacks and the rise of white supremacist groups in the US and far-right parties in Europe have convinced Orosz Richt that it is more important than ever to share her story.

In France -- home to Europe's biggest Jewish community -- there was a 74 percent rise in the number of anti-Jewish offences reported to police in 2018 compared with the previous year.

"I'm very scared for my grandchildren, I'm a great grandmother and that's why I decided, I'm going to speak up and tell my mother's story; maybe they will learn from it," she said.

"Education is the most important thing we have to fight that (anti-semitism).

"We have to tell the stories. Even if it is one child who goes home and says: 'Hey, the Holocaust did happen. I spoke to a survivor, she was there, she went through this. If one, just one kid goes home and says this, we have won."