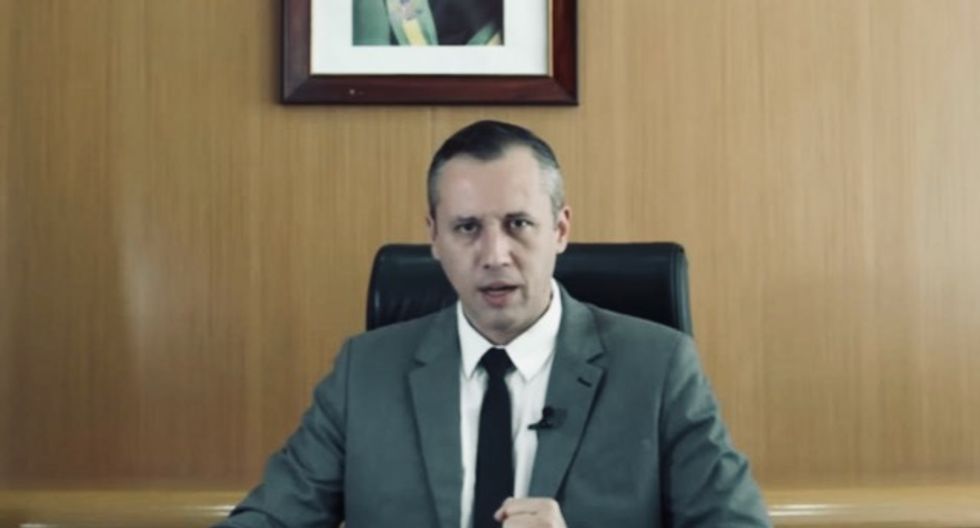 Brazil’s Secretary of Culture Roberto Alvim was fired Friday, after being accused of paraphrasing Nazi Germany’s propaganda chief, Joseph Goebbels, in a speech on the government’s vision of the Brazilian arts.

The video, released on Thursday announcing national prizes to revitalise the arts in Brazil, quickly went viral, attracting outrage after the national daily O Globo pointed to the speech's at times word-for-word similarity to Goebbels' rhetoric.

Alvim, a born-again Christian and a theatre director appointed last year by Brazil's far-right president, Jair Bolsonaro, announced the prize as music played in the background from an opera by Wagner, Hitler’s favourite composer.

“Brazilian art of the next decade will be heroic and it will be national... and imperative because it will be rooted in the urgent aspirations of our people, or it will be nothing,” Alvim says in the video.

Goebbels, Hitler’s notorious ideologue, told theatre directors during the Nazi regime that: “German art of the next decade will be heroic, will be wildly romantic, will be objective and free of sentimentality, will be national with great pathos and equally imperative and binding, or else it will be nothing.”

Critics, including the president of Brazil’s lower house, quickly called on Alvim to be sacked, calling the speech – and in particular its similarities with that of Goebbels – “unacceptable”.

Alvim, meanwhile, said any similarity was simply due to “rhetorical coincidence”, saying in a Facebook post that he would never quote Goebbels, but noted “the phrase itself is perfect: heroism and the aspiration of the people is what we want to see in national art.”

“I reiterate our rejection of totalitarian and genocidal ideologies,” Bolsonaro said, adding his government’s unconditional support for the Jewish community.

On Friday, the government’s website was largely inaccessible, but the national newspaper Fohla de S.Paulo cited Alvim’s spokesman as saying the cultural secretary had been removed from office.

Bolsonaro’s government has drawn criticism after launching a project with the aim of revamping the country’s arts scene, with a focus on nationalism and religion. The project is part of the far-right administration’s answer to what it sees as decades of leftist hegemony in the cultural sphere, from art to education and family. Alvim has been the driving force behind the initiative, which is expected to cost the cash-strapped country some $4.9 million.