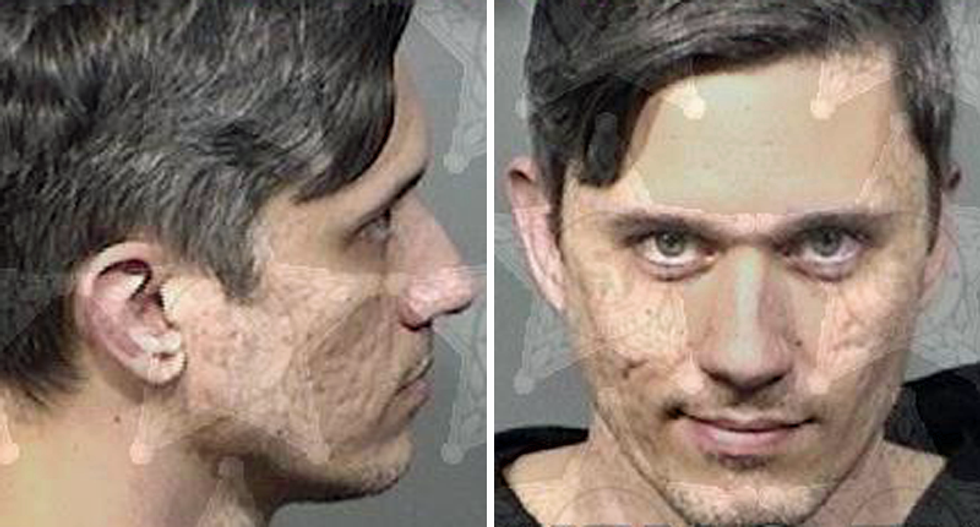 Invictus is being held without bond in the Brevard County jail, with the charge listed as "out of state fugitive."

"White nationalist Augustus Sol Invictus, a lawyer who has described himself at different times as an emperor, a prophet and a god, was arrested Monday in Florida on suspicion of kidnapping, domestic violence and weapons violations," journalist Nick Martin reported Wednesday.

The suspect was born as Austin Mitchell Gillespie, but he legally changed his name to the Latin term for "majestic unconquered sun."

In 2018, he ran for the U.S. Senate as a Republican in Florida, but lost the nomination to Rick Scott. He is now running for president.

"Court records show Invictus was picked up on a warrant out of South Carolina and is being held without bond. His next court appearance is scheduled for January 15," Martin reported.

Invictus has been a leading voice in the Alt-Right and was a featured speaker at the fatal "Unite the Right" rally in Charlottesville, Virginia.

Martin reports the arrest was, "part of a joint effort by U.S. Marshals from both South Carolina and Orlando, Florida as well as the Brevard County sheriff's fugitive unit."

The Southern Poverty Law Center (SPLC), which researches hate groups in America, has been tracking Invictus.

"His myriad speeches, writings, recordings and political activities in the past six years reveal his primary motivations to be racism, sexism and anti-Semitism, coupled with a dangerous penchant for violence," SPLC explained.

"In keeping with his fantasies about the glory of conflict, he’s involved in the American Guard as a 'Sergeant at Arms,' and he’s second in command of the Fraternal Order of Alt-Knights, an offshoot of Gavin McInnes’ Proud Boys that McInnes has called the 'military division,' Invictus has made specific, public calls to violence. He frequently threatens to hang people from lampposts, hurling the warning specifically at attorneys, progressives and journalists, even calling out VICE Media by name," SPLC noted.

5. Invictus, who legally changed his name from Austin Gillespie, announced in August he is running for president. H… https://t.co/e9PLLPGs3U
— Nick Martin (@Nick Martin) 1577888752.0

8. Prior to his presidential run, he was perhaps best known for filming himself slaughtering a goat and drinking it… https://t.co/ySkbuRchfo
— Nick Martin (@Nick Martin) 1577888885.0

9. At one time, Invictus was a board member at the Foundation for the Marketplace of Ideas along with major figures… https://t.co/FsVT68evjY
— Nick Martin (@Nick Martin) 1577888943.0