BUSTED: Jeffrey Epstein accused by Virgin Islands of trafficking girls as young as 11 — as recently as 2018 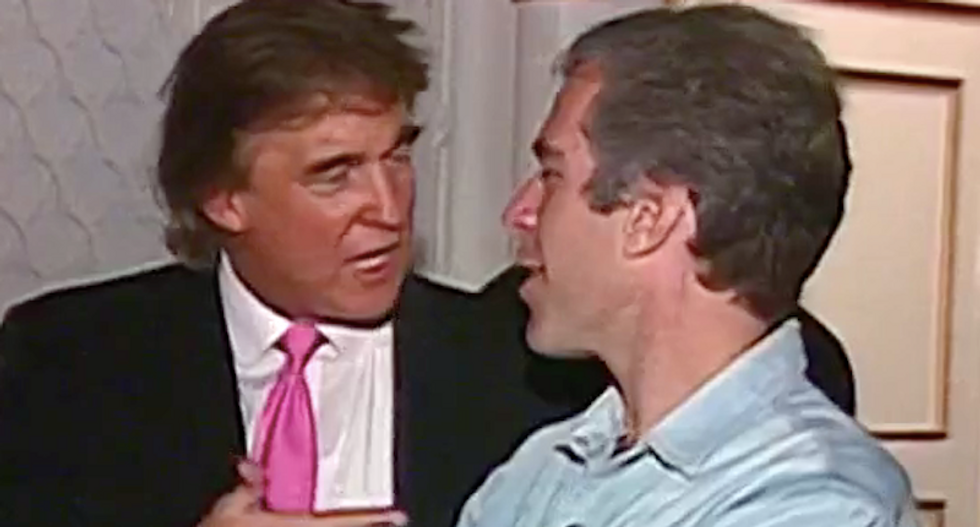 The Virgin Islands are alleging that Jeffrey Epstein continued to traffic underage girls during the administration of President Donald Trump.

"A lawsuit filed Wednesday by the top law enforcement officer in the U.S. Virgin Islands alleges that multimillionaire financier Jeffrey Epstein sexually trafficked hundreds of young women and girls on his private island as recently as 2018 by using a web of shell companies to carry out and conceal his crimes," the Miami Herald reported Wednesday.

"The allegations, if validated, broaden the scope of Epstein’s sexual trafficking, and sheds new light on the tactics the former financier used to hide his illicit activities," the newspaper reported. "Epstein, who was found dead in a Manhattan jail cell last year, allegedly brought girls as young as 11 to his private island, known as Little St. James, and maintained a database to track their availability and movements, the lawsuit said."

Epstein could have been imprisoned for life in 2017.

"Most of the companies were created in 2011 and 2012, soon after Epstein registered as a sex offender in the Virgin Islands following his 2007 guilty plea to prostitution charges in Palm Beach County, the lawsuit said. That 2007 plea came about after Epstein received a controversial non-prosecution agreement from then-U.S. Attorney Alexander Acosta. The deal shelved a federal sex trafficking indictment that could have put Epstein away for life," the newspaper reported.

Acosta went on to serve as Labor Secretary in the Trump administration. Epstein was found dead in his jail cell in the Metropolitan Correction Center in New York City in August.