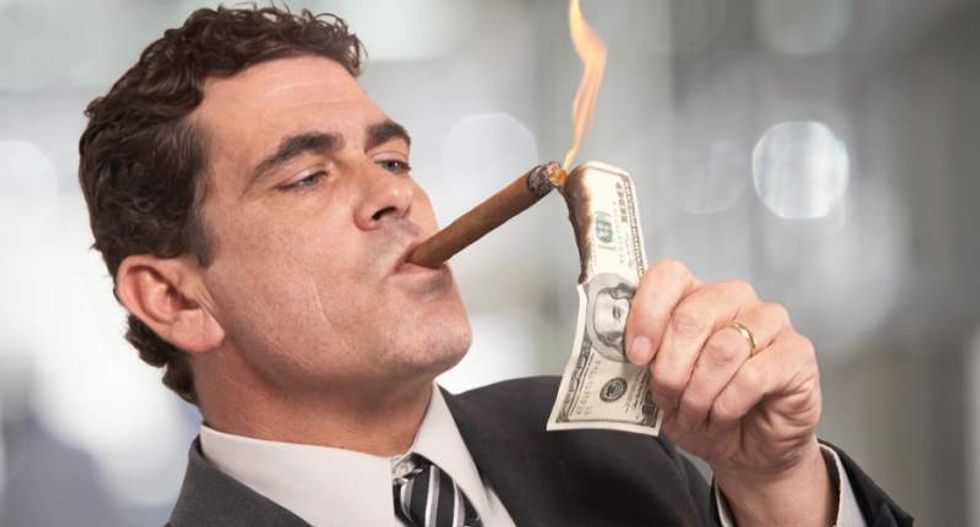 In a recent op-ed, “I Was Once a Socialist. Then I Saw How It Worked,” conservative columnist David Brooks wrote, “We ran that social experiment [between capitalism and socialism] for 100 years and capitalism won.” But did capitalism really win? As I indicated in a chapter (“Capitalism, Socialism, and Communism”) in my An Age of Progress? Clashing Twentieth-Century Global Forces, history tells a more complicated story.

As sociologist Max Weber and conservative economist Milton Friedman have told us, the primary purpose of capitalism is earning a profit. Friedman even believed it was business’s main “social responsibility.” Sociologist Daniel Bell wrote that capitalism has “no moral or transcendental ethic.”

Nineteenth-century capitalism provided no adequate answers for how to deal with such problems as unsafe working conditions, unfair business practices, pollution, public health, slum housing, or the abuse of child labor. Nor did it deal with the distribution of income and left unanswered if great poverty should exist along with great wealth.

At that time socialism, especially Marxist socialism, arose as the major challenger of capitalism. By 1917, socialism had split into two principal types, the communist variety led by Vladimir Lenin--later formalized in the name Union of Soviet Socialist Republics (USSR)--and a revisionist type, more common in western Europe, that advocated democratic, reformist means of obtaining power. The goal of such socialism was primarily greater economic equality through such steps as government ownership of at least the chief means of production. In general, democratic socialists wished to control and regulate the economy in behalf of the entire population. In the German parliamentary election of 1912, the German Social Democratic Party received more votes than any other party.

Marx’s ideas also influenced trade-unionism and other isms that challenged nineteenth-century capitalists. One such was Progressivism, a cross-fertilizing trans-Atlantic movement that was powerful enough in the USA to produce the Progressive Era from 1890 to 1914.

But Progressivism did not attempt to overthrow or replace capitalism, but to constrain and supplement it in order to insure that it served the public good. As Daniel Rodgers indicates in his Atlantic Crossings: Social Politics in a Progressive Age (2000), it was a diverse movement “to limit the socially destructive effects of morally unhindered capitalism, to extract from those [capitalist] markets the tasks they had demonstrably bungled, to counterbalance the markets’ atomizing social effects with a countercalculus of the public weal [well-being].”

After World War I and a dozen years of Republican rule, progressivism returned with the election of Franklin Roosevelt (FDR) in 1932 and his subsequent implementation of the New Deal.

From FDR’s time to our own, the U.S. economy, as our State Department indicated  in 2001, has been “mixed:” “The United States is often described as a ‘capitalist’economy,” it “is perhaps better described as a ‘mixed’ economy, with government playing an important role along with private enterprise.”

But in both the USA and western Europe the degree of government regulation has fluctuated considerably. Prominent European democratic socialists Chancellor Willy Brandt of West Germany and President Francois Mitterrand of France led their countries from from 1969 to 1974 and 1981 to 1995, respectively. Conversely, in the 1980s Ronald Reagan in the USA and Margaret Thatcher in Britain cut back the government regulation of capitalism. While progressivism, the New Deal, and welfare-state policies inched liberals closer to democratic socialism, the Reagan-Thatcher opposition to “creeping socialism” and “big government” encouraged conservatives to place more trust in capitalism or “the free market.”

Today, not only are there very different types of capitalism in different countries--Brooks, for example, distinguishes “between a version of democratic capitalism, found in the U.S., Canada and Denmark, and forms of authoritarian capitalism, found in China and Russia”--but U. S. capitalism today is not the same as it was before the Progressive Era. Nor is democratic socialism in Europe the same as it was in 1912, when the German Social Democratic Party demonstrated its popularity.

A fair and unbiased review, “Democratic Socialist Countries 2019,” concludes that most prominent European countries contain a mix of capitalist and democratic-socialist elements. For example, it states, “Norway, like other Scandinavian countries, is . . . [not] fully socialist nor fully capitalist.”

Thus, Brooks is too simplistic when he writes “capitalism won.” If one equates socialism with communism, as Brooks comes close to doing, then saying capitalism won over socialism is closer to the truth. For Soviet-style communism did collapse by 1991 with the disintegration of the USSR. Still, that’s not completely accurate because western economic-political systems are more mixed than purely democratic capitalist.

Brooks’ narrow view of socialism and triumphant take on capitalism require a historical corrective because of three significant  problems.

The first is the political use of simplistic capitalism-vs.-socialism propaganda. Socialism and socialist have long been scare words conservatives hurl at opponents. Social Security? Socialist! Medicare? Socialist! In the 1960s when Congress debated Medicare, the American Medical Association (AMA) hired Ronald Reagan to speak out against it on a record entitled “Ronald Reagan Speaks Out Against Socialized Medicine.”

More recently, Donald Trump stated that socialism “promises unity, but it delivers hatred and it delivers division. Socialism promises a better future, but it always returns to the darkest chapters of the past. That never fails. It always happens. Socialism is a sad and discredited ideology rooted in the total ignorance of history and human nature.” His campaign has claimed that “Bernie Sanders has already won the debate in the Democrat primary, because every candidate is embracing his brand of socialism.”

The second problem is that our political-economic development has made us  more of a mixed system than a capitalistic one thanks to such developments as Progressivism, the New Deal, Lyndon’s Johnson’s “Great Society,” and Medicare.

The third main problem is that capitalism’s main aim of profit-seeking still needs (in Bell’s words) a higher “moral or transcendental ethic.” Seeking the common good is one such ethic that has often been suggested, from the Progressive era to, more recently, Pope Francis and Nobel Prize–winning economist Joseph Stiglitz.

In previous articles such as “BP, Corporations, Capitalism, Progressivism, and Government” and “The Opioid Crisis and the Need for Progressivism,” I dealt with the profit-at-all-cost operations of corporations such as British Petroleum (BP), and Purdue Pharma. I also addressed why governments need to regulate companies responsible for oils spills and opioid deaths to ensure they serve the common good.

In the last two years, two more notable cases of insufficient corporate concern for anything but profits emerged, again demonstrating the need for government oversight.

The first involves Pacific Gas & Electric (PG&E). In early December, 2019 it agreed to pay $13.5 billion for causing Northern California wildfires that destroyed thousands of homes and businesses and killed more than 100 people in just two of the fires. The LA Times noted that critics believe the company put “short-term profits before necessary safety measures.”A Marxist publication’s headline read “Profits before people: Why PG&E turned off the lights in California.”

Again, government regulation of Boeing was insufficient. Pilot Captain Chesley “Sully” Sullenberger, depicted by Tom Hanks in the movie “Sully: Miracle on the Hudson,” criticized the USA for not providing sufficient funds to the Federal Aviation Administration (FAA), leaving it ill equipped to oversee aircraft safety. Instead, Sully charged, the FAA allowed Boeing itself to certify that it was meeting safety standards.  “To make matters worse, there is too cozy a relationship between the industry and the regulators. And in too many cases, FAA employees who rightly called for stricter compliance with safety standards and more rigorous design choices have been overruled by FAA management, often under corporate or political pressure.”

Thus, history demonstrates that the assertion that capitalism “won” is inaccurate. The irresponsibility of corporations like BP, Purdue Pharma, PG&E, and Boeing indicate the ongoing cost of unregulated capitalism. Today, President Trump continues to assail the type of enlightened regulation produced by the Progressive Era and FDR. The main task of voters in 2020 and thereafter will not be to choose whether we want capitalism or democratic socialism. Rather, it will be to decide the best pragmatic mix of the two (and best presidential candidate) to further the common good.

Walter G. Moss is a professor emeritus of history at Eastern Michigan University and a Contributing Editor of HNN. For a list of his recent books and online publications click here. His most recent book is In the Face of Fear: Laughing All the Way to Wisdom (2019), which treats humor from a historical perspective.