Carl Bernstein: There are 7-9 'wobbly' Republicans who want witnesses but Mitch McConnell is trying to block them 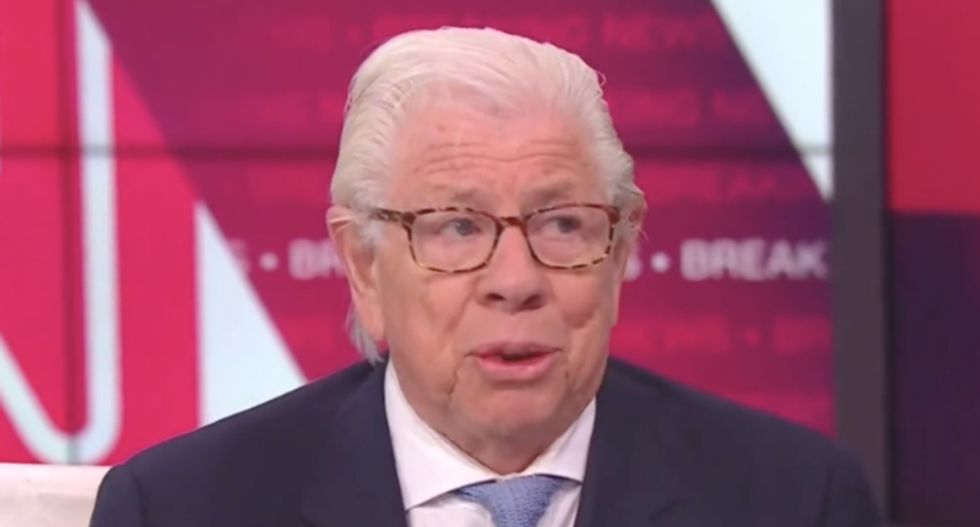 In a CNN panel discussion Wednesday, Watergate reporter Carl Bernstein revealed that there are seven to nine Republican senators who are wavering after the compelling argument that the House has provided for the impeachment. The problem, however, is that Senate Majority Leader Mitch McConnell (R-KY) is refusing to allow any break from the party line.

"I think this is a hugely damaging narrative that was laid out today, and that Mitch McConnell understands, and has understood for a while that this hugely damaging narrative was going to affect his members," said Bernstein. "And that his strategy -- I've talked to some Republicans about this -- #MidnightMitch is to wear out his own members so that they don't vote for more witnesses because there are six, seven, eight, nine wobbly Republicans."

Bernstein explained that these are not necessarily senators that want to acquit President Donald Trump, but they don't like what Trump did.

Or "want either to make some kind of statement that they don't like what the president has done, that they think it is deplorable, disgusting, really have been affected by what they're hearing," he explained. "The question is, though, whether or not they will go for witnesses."

Watch his comments in the video below: