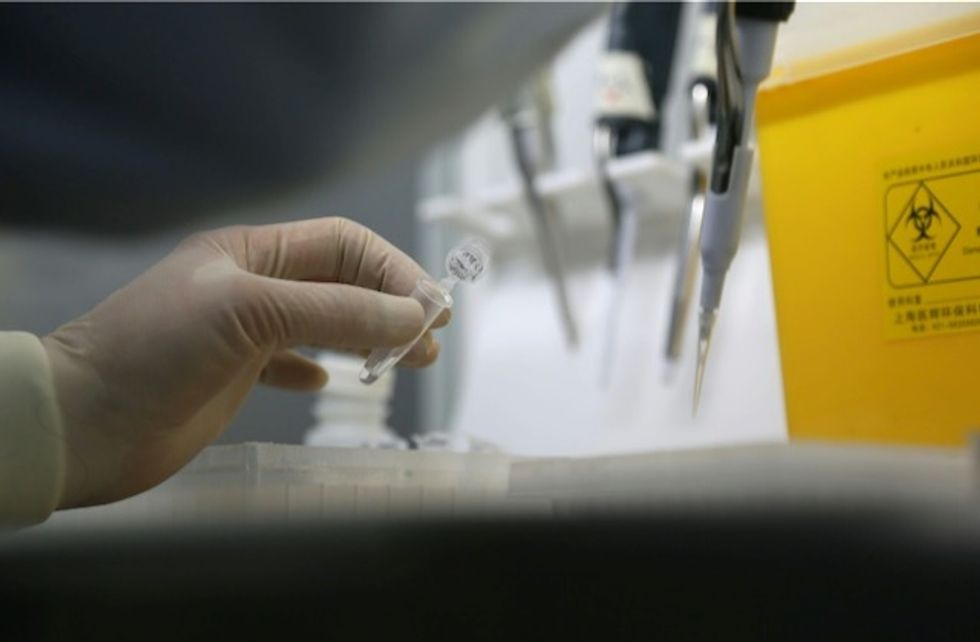 The infection was first confirmed on December 31, 2019 in Wuhan, a central Chinese city with a population of over 11 million AFP/File / STR

China believes a mysterious pneumonia outbreak that struck 59 people is caused by a new strain of virus from the same family as SARS, which killed hundreds of people more than a decade ago.

Lead scientist Xu Jianguo told the official Xinhua news agency that experts had "preliminarily determined" a new type of coronavirus was behind the outbreak, first confirmed on December 31 in Wuhan, a central Chinese city with a population of more than 11 million.

It initially sparked fears of a resurgence of highly contagious Severe Acute Respiratory Syndrome, and prompted authorities in Hong Kong -- badly hit by SARS in 2002-2003 -- to take precautions, including stepping up the disinfection of trains and airplanes, and checks of passengers.

China has since ruled out a fresh outbreak of SARS, which killed 349 people in mainland China and another 299 in Hong Kong.

"A total of 15 positive results of the new type of coronavirus had been detected" in the lab, through tests on infected blood samples and throat swabs, Xu said.

The World Health Organization (WHO) confirmed the preliminary discovery of a new coronavirus in a statement.

"Further investigations are also required to determine the source, modes of transmission, extent of infection and countermeasures implemented," said Gauden Galea, the WHO Representative to China.

Wuhan's health commission said on Sunday seven of the 59 patients were seriously ill, but none had died. All received treatment in quarantine.

Eight patients have recovered and were discharged from hospital on Wednesday, according to Xinhua.

The commission said the infection broke out between December 12 and 29, with some of the patients employed at a city seafood market since closed for disinfection.

No obvious evidence of human-to-human transmission has been reported so far.

Footage from January 1 by state broadcaster CCTV showed an official notice at the market saying it had been closed in light of the "current pneumonia situation in our city", without providing a date for reopening.

A Chinese transport ministry official said at a briefing that arrangements were made for "disinfection, monitoring and prevention" focusing on areas with large numbers of passengers, including stations and cargo hubs.

Civil aviation and national railway authorities said they had not received any reports of affected patients taking flights or trains, and that they were closely watching the situation.

WHO representative Galea said "people with symptoms of pneumonia and reported travel history to Wuhan have been identified at international airports".

The organisation has not recommended any travel restrictions on China.

In Hong Kong, hospitals have raised their alert level to "serious" and stepped up detection measures -- including temperature checkpoints for inbound travellers.

Authorities in the financial hub say 48 people have been hospitalised in recent days after returning from Wuhan and displaying flu-like illnesses, but none were confirmed to have contracted the mystery virus.

Twenty-five of the patients have been discharged, Hong Kong authorities said Thursday.

City residents worried about the outbreak have rushed to buy face masks from local pharmacies, with many selling out earlier this week.

Inbound trains and flights from the mainland are undergoing extra cleaning and disinfection, authorities said.

Additional thermal imaging systems have been set up at the city's airport, while inbound high-speed rail passengers from the mainland face checks by hand-held infrared thermometers.

The coming holiday has prompted concerns in Taiwan, where top officials urged the island's health and welfare ministry to strengthen quarantine controls at airports.

On Monday, the country's centre for disease control also advised residents planning to travel to or near Wuhan to wear masks and avoid contact with wild animals.

The US embassy in China warned on Tuesday that Americans travelling in the country should avoid animals and contact with sick people.

The Conversation
In a few weeks’ time, a rocket launched in 2015 is expected to crash into the Moon. The fast-moving piece of space junk is the upper stage of a SpaceX Falcon 9 rocket which hoisted the Deep Space Climate Observatory satellite off our planet. It has been chaotically looping around Earth and the Moon ever since.