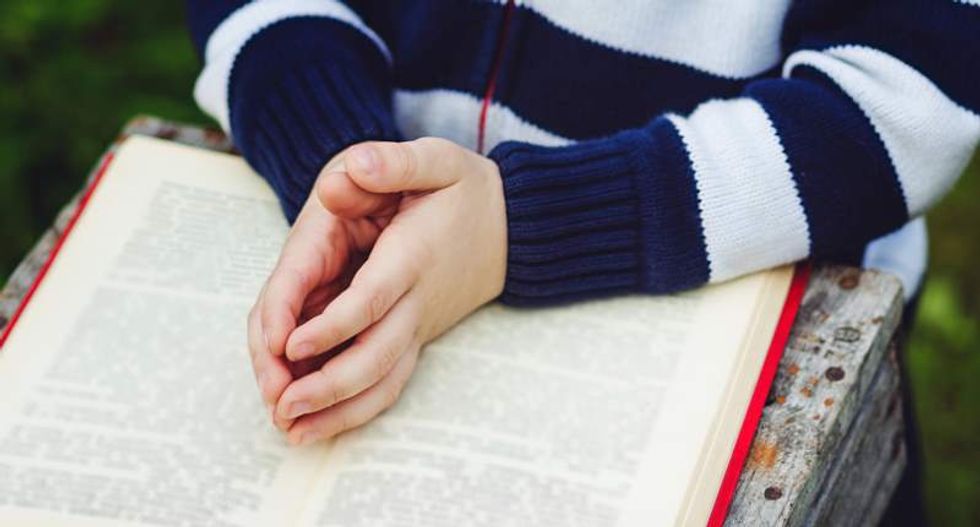 Christian nonprofit organization Samaritan Ministries charges customers hundreds of dollars in monthly premiums while advertising itself as an alternative to traditional health insurance.

However, the organization warns enrollees that "there is no coverage, no guarantee of payment" when they get sick, at which point the enrollees are instructed to "just trust God."

As the New York Times reports, groups like Samaritan Ministries have popped up as cheaper alternatives to health insurance for people who can't afford the monthly premiums of big-name insurers.

"These Christian nonprofit groups offer far lower rates because they are not classified as insurance and are under no legal obligation to pay medical claims," the Times writes. "They generally decline to cover people with pre-existing illnesses. They can set limits on how much their members will pay, and they can legally refuse to cover treatments for specialties like mental health."

One particularly gruesome example of how this is playing out came when eight-year-old Blake Collie had to be hospitalized so he could be treated for a brain aneurysm. But because Samaritan Ministries has capped per-patient expenses at $250,000, it refused to pay the full costs of Collie's treatment, which has sent his family into a financial crisis.

State attorneys general have started investigating the practices of these Christian "health sharing" organizations, but they've mostly been allowed to operate without any government oversight.

"Regulators haven’t been willing to assert any control or regulatory authority over these plans,” Katie Keith, a consumer representative to the National Association of Insurance Commissioners, tells the Times. "They feel their hands are tied. At the end of the day, it’s not insurance."