CNN analyst unleashes on Republicans comparing Trump with Obama: 'We've had to listen to this all day long!' 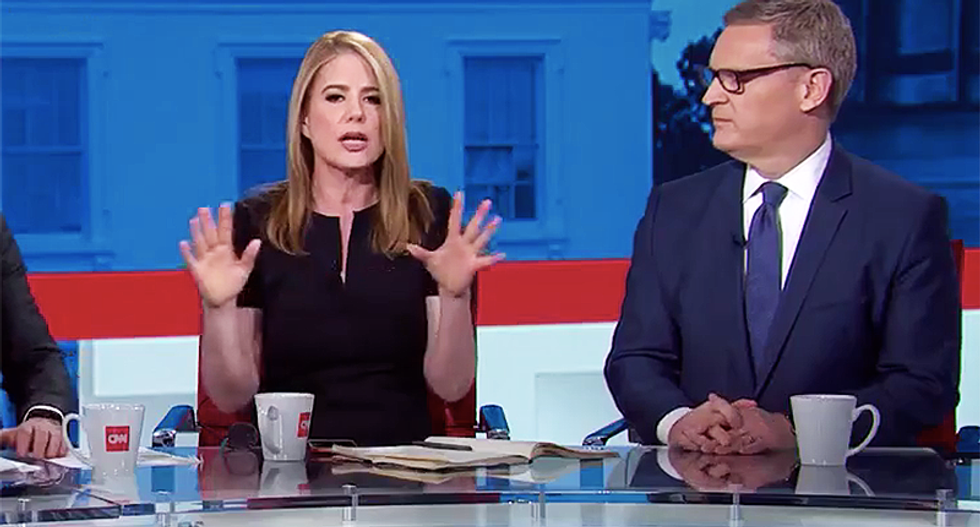 During a political panel discussion Wednesday night, Shields compared President Donald Trump's bribery of Ukraine to former President Barack Obama telling Russia that after the election he would have more flexibility.

After repeating the false equivalency more than once, Powers couldn't take it anymore and flattened him with fact-check.

"OK, first, nobody in this country was voting for Barack Obama or not voting for Barack Obama based on Russia policy," she said. "That didn't happen. OK? What he was doing is basically saying, 'I will have more flexibility after the election.' That is a totally normal thing for a president to say. It is not the same thing as saying, 'Do this for me or I will not give you your aid.' It's just not."

Shields tried to say it's what former Vice President Joe Biden did "with the judge," presumably talking about the corrupt prosecutor in Ukraine that the entire international community wanted to be out.

"No, that's not what Biden did!" said Powers. "This is the crazy-making thing of this. We've had to listen to this all day long over and over claiming that Biden, you know, basically put pressure on the Ukrainians to try to get them not to investigate a company that his son worked for when it was the position of the United States, it was the position of every international entity involved."

In fact, the corrupt prosecutor had already shelved the investigation into Burisma when Biden demanded he be fired. The UK had also already finished its investigation of the company by the time Biden intervened. These are often facts the GOP distorts or leaves out because they don't fit with their timeline.

Watergate reporter Carl Bernstein agreed, saying that it's clear the White House lawyers are all part of the coverup.