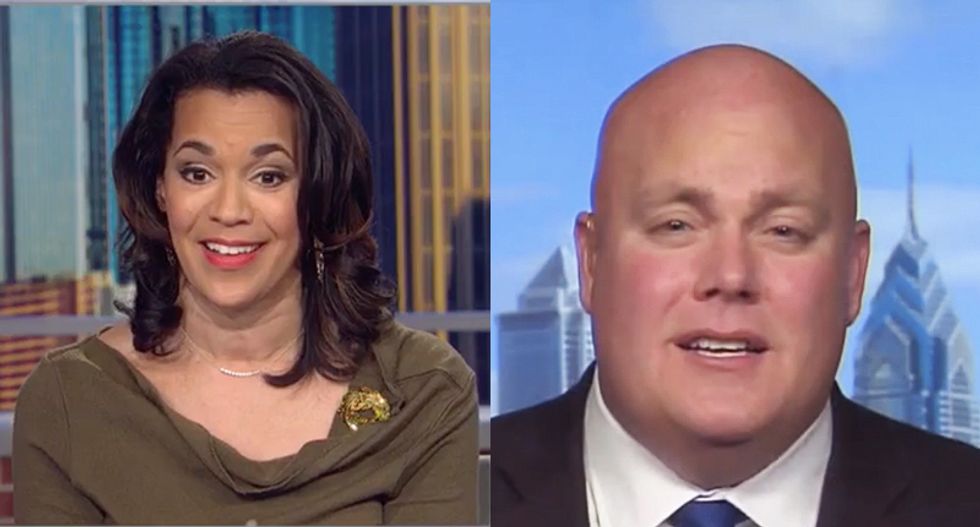 Schultz quoted Sen. Ted Cruz (R-TX), who said that if Democrats want witnesses, then all witnesses should be available to be called. The problem is that Republicans want to call people that weren't even involved in Trump's obstructions of Congress. Republicans want to call Vice President Joe Biden and his son, there are likely some Republicans who want to call Hillary Clinton to talk about Benghazi again, and they'll likely search for reasons they can randomly call Democratic officials in Congress, who also had nothing to do with Trump's actions.

Republicans have wanted the whistleblower to appear so that they can legally out him and attack his life and his family. Generally, in a court, a witness is not on trial. An example some legal scholars have used is that when a person calls the fire department to report a fire, they are generally not attacked in an arson investigation for making the call to authorities.

Whitfield asked if it was even realistic to propose something like that, which Schultz conceded didn't appear likely.

Schultz then tried Trump's talking point that Democrats couldn't first-hand witnesses and documents for their trial. The reason, of course, is that the president is obstructing Congress. By attacking Democrats for not having the witnesses and documents, Republicans are admitting that the president is obstructing the proceeding.

"That is what happened, though, right? One of them did stop testimony from people who were subpoenaed?" Whitfield hit back.

Schultz floundered from there.