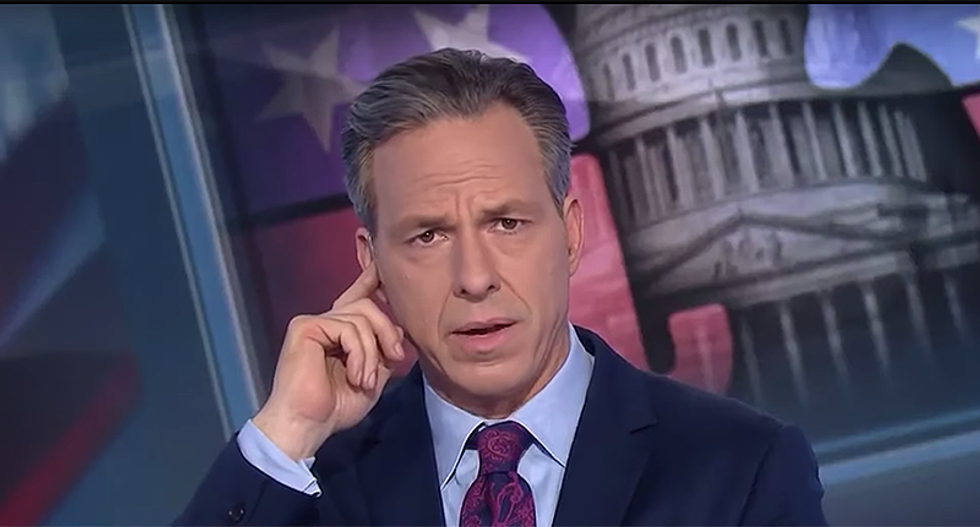 Even though Bolton's book reportedly undermines the entire White House impeachment defense by claiming that Trump directly linked military aid to Ukraine with investigations into former Vice President Joe Biden, none of the lawyers arguing on the president's behalf before the Senate on Monday made a single mention of it.

Reacting to this, Tapper said that it defied credibility to believe that Senators watching the Trump lawyers' presentation did not have reports about Bolton's upcoming book in the backs of their minds.

"The president's defenders, the White House counsel legal team and others, are acting as though senators don't read the newspaper or watch the news," he said.

He then turned to guest Alan Frumin, a former Parliamentarian of the United States Senate, and asked if there were any rules dictating that senators at the trial only had to pay attention to evidence included in the House of Representatives' impeachment articles and could ignore new information.

"The answer is no," he said. "They are pretty much free to wander as much as they want during this phase of the trial."