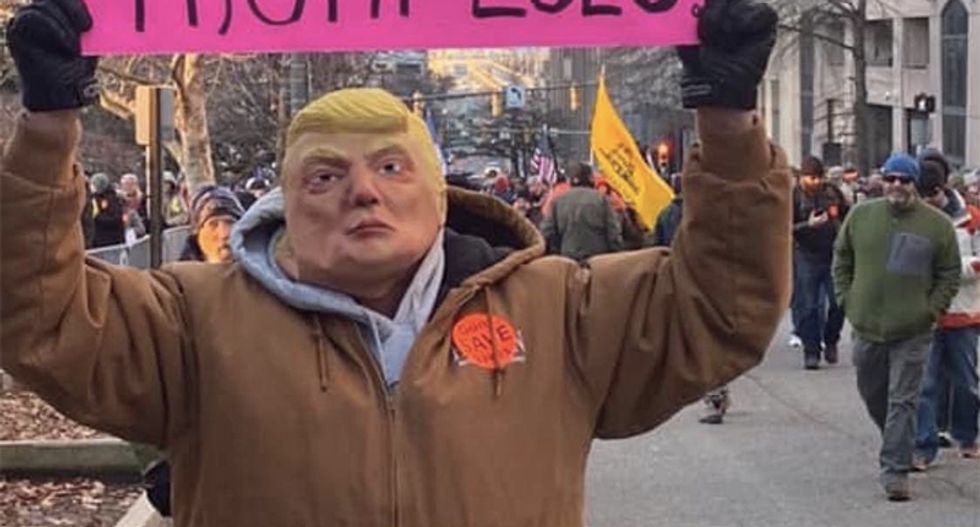 A masked right-wing gun protester appeared at the Virginia Capitol in Richmond Monday for the Dr. Martin Luther King, Jr. holiday. Unfortunately for him, however, an employee witnessed the sign the man was carrying.

While he may have been wearing a Donald Trump mask, the logo of his company was still on his jacket, prompting a swift response from the company he works for.

"In response to an image posted on social media this morning, we want the public to know that we do not condone the beliefs and/or behavior in question, as they are in direct opposition to our core values of integrity, quality, relationships and safety. We strongly condemn the highly offensive language used and intent of a sign carried by a former employee wearing a Henderson, Inc. jacket. The insulting language does not reflect the integrity and other deeply held core values of our company," Henderson, Inc. said in a statement on Facebook.