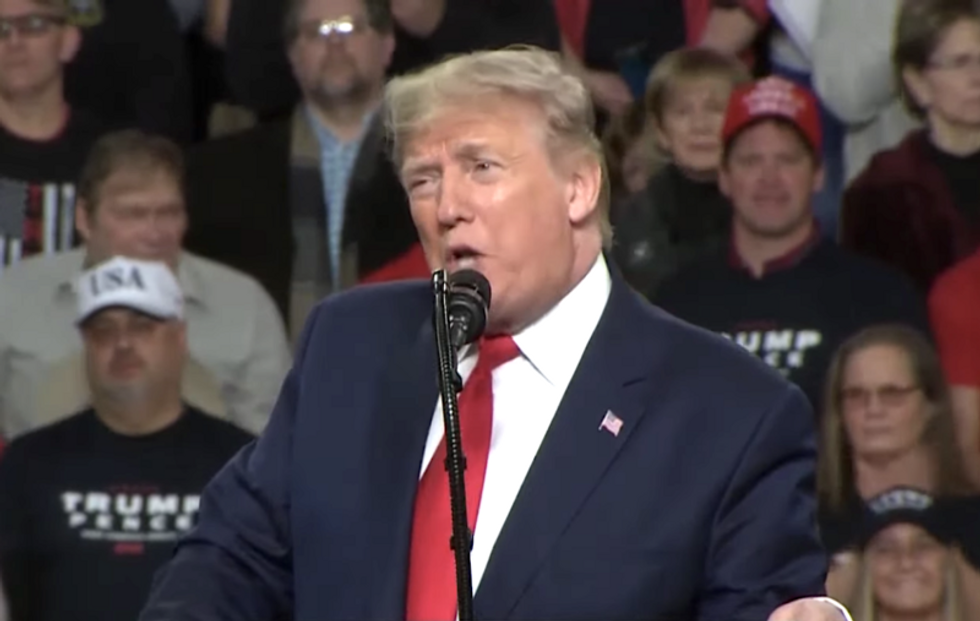 During his rally in Ohio this Thursday, President Trump suggested to his audience that the recent Nobel Peace Prize awarded to Ethiopian Prime Minister Abiy Ahmed should have gone to him.

"I made a deal, I saved a country, and I just heard that the head of that country is now getting the Nobel Peace Prize for saving the country. I said, 'What, did I have something do with it?'" Trump said. "Yeah. But that's the way it is. As long as we know, that's all that matters."

The "deal" Trump referred to is his offer to help negotiate an agreement between Ahmed and Egyptian Prime Minister Moustafa Madbouly over a dam on the Nile river. But as Business Insider points out, Ahmed was awarded the prize for negotiating a peace deal between Ethiopia and Eritrea in the wake of 20 years of war.

According to a tweet from the House Foreign Affairs Committee, Trump is "confused."

"[PM Ahmed] was awarded the [Nobel Prize] for his efforts to bring peace to the Horn of Africa, not stalled negotiations about a new dam on the Nile, the tweet read. "If they gave the Nobel for deals that didn’t happen, the Pres. would have a shelf full of them."