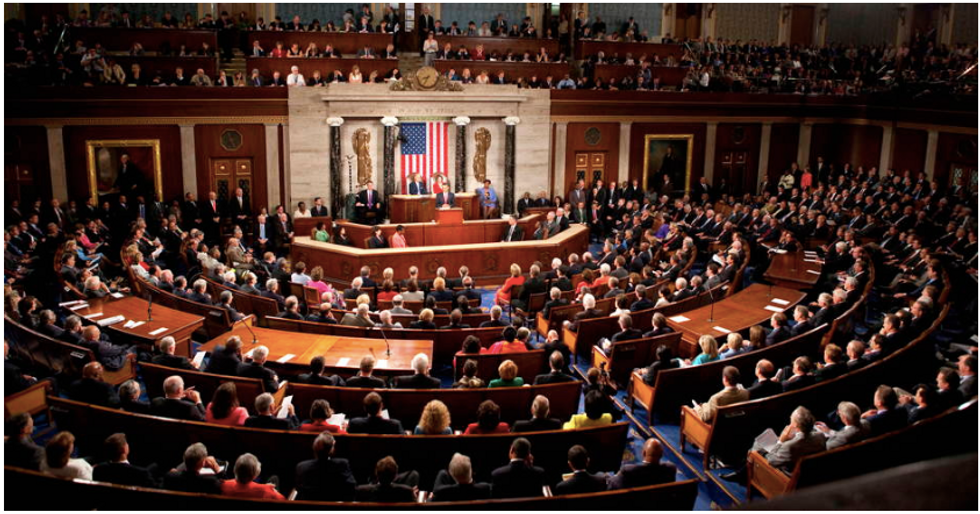 Once, not so long ago, congressional Republicans were impeachment’s constitutional stalwarts.

They stood up for the House of Representatives’ “sole power of impeachment,” a power granted in the Constitution, including the right to subpoena witnesses and evidence. Even when the president under investigation was a Republican. Even when the Republican political base threatened to turn against them.

But that was when the president was Richard Nixon, not Donald Trump.

I wrote a book on the origins of Watergate, so I get asked a lot how Trump’s impeachment inquiry compares with Nixon’s.

Much remains the same, especially the partisan attacks. In 1974, as today, Republicans complained that the impeachment inquiry was too secret, too leaky and a violation of presidential rights. Both Team Nixon and Team Trump called their respective inquiries a “witch hunt,” a “lynch mob” and a “kangaroo court.”

There is one vital difference between then and now.

In 1974, when the president defied some impeachment subpoenas, many congressional Republicans said that that was, all by itself, an impeachable offense.

Yet in 2019, not a single House Republican voted for the second article of impeachment charging President Trump, who defied all impeachment subpoenas, with obstruction of Congress.

In 1974, many House Republicans defended the impeachment subpoena power at great political risk.

In January of that year, President Nixon told House Republicans, “I’m going to fight like hell” against impeachment.

Nixon’s first move was to invoke “executive privilege” to justify his refusal to turn over evidence, like his secretly recorded White House tapes, to congressional investigators.

A key House Republican, Edward Hutchinson of Michigan, firmly drew the line. The ranking Republican on the House Judiciary Committee, Hutchinson said the doctrine of executive privilege “in an impeachment inquiry must fail.”

The committee’s Republican counsel, Albert Jenner, agreed “100,000 percent.” Jenner warned that if the president resisted a subpoena, “the committee could exercise its judgment and include the action in its consideration of whether articles of impeachment should be brought.”

In February 1974, the full House backed the committee up, granting it the power to subpoena anything and anyone up to the president himself. The vote was bipartisan, 410 in favor, with only 4 Republicans opposed.

In another bipartisan move, the committee voted 33 to 3 in April 1974 to subpoena Nixon’s tapes. The Senate Republican minority leader, Hugh Scott of Pennsylvania, warned that failure to comply would put the administration in “grave danger … with serious consequences possibly leading to impeachment.”

While today’s Republicans complain that the House didn’t leave it to the courts to decide whether the president has to comply with its subpoenas, in May 1974 only six of the committee’s 17 Republicans voted to punt the issue to the courts. As Jenner put it earlier that year, “No court in the land has the power to review House and Senate actions on impeachment.”

The committee voted 21 to 17 in July 1974 to impeach the president for subpoena defiance. Two Republicans voted with the Democratic majority. Nixon resigned in August before the full House had a chance to vote.

This bipartisan – nonpartisan – history is one that today’s congressional Republicans have erased and replaced.

Testifying as a Republican witness before the House Judiciary Committee, law professor Jonathan Turley called the constitutional principle that the House decides the evidence and witnesses required for an impeachment inquiry an “extreme position.”

But that position was endorsed by eight committee Republicans (and 20 Democrats) when they wrote in May 1974 to President Nixon: “Under the Constitution it is not within the power of the President to conduct an inquiry into his own impeachment, to determine which evidence, and what version and portion of that evidence, is relevant and necessary to such an inquiry. These are matters which, under the Constitution, the House has the sole power to determine.”

This view was mainstream, not extreme, and retains majority support by Americans today.

To justify the current congressional Republican position that the House should let the courts decide its subpoena powers, Turley, a professor of constitutional law, gave a comically inaccurate account of legal history.

According to Turley, the Supreme Court in United States v. Nixon told the president, “‘We’ve heard your arguments. We’ve heard Congress’ arguments. And you know what? You lose. Turn over the material to Congress.’ You know, what that did for the Judiciary Committee is, it gave this body legitimacy.”

There are three problems with Turley’s history: First, the Supreme Court did not hear Congress’ arguments, since Congress never took the matter to court. The case of U.S. v. Nixon was pressed by the Justice Department’s Watergate special prosecutor. Second, the court did not order Nixon to turn over his tapes to Congress, only to the special prosecutor; therefore, third, the decision could not add anything to the House Judiciary Committee’s legitimacy.

Turley’s is partisan history for partisan purposes. It enables one party to abandon principle and precedent while accusing the other of doing the same.