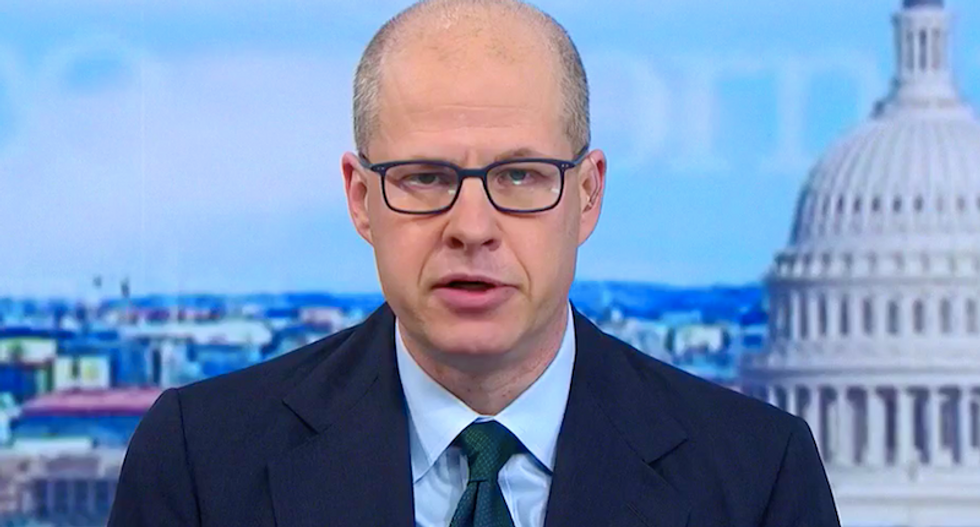 President Donald Trump and his cabinet officials have tried a new tactic against Democrats that harkens back to the Iraq War: If you don't support the president you're a terrorist. It's something that has infuriated conservative columnist Max Boot.

After Trump and his team decided to kill Iranian Gen. Qasem Suleimani, Democrats began asking questions about whether it would make the Middle East less safe. Given Suleimani's high profile there was a risk of turning him into a martyr, with fans turning to worship him and incite new attacks against the United States or American soldiers in retaliation. It was among the reasons that previous presidents decided that the risk was not worth the rewards.

In his Washington Post column, Boot warned that the first casualty of war is "truth," and "dissent" is the second. During the Iraq War, questioning whether Iraq really had weapons of mass destruction was labeled treasonous. France questioned the U.S. decision, saying that they wanted no part of it, prompting former President George W. Bush to proclaim "french fries" would henceforth be called "freedom fries." Boot recalled that during past wars, things were worse.

"Loyalists during the American Revolution were sometimes tarred and feathered," he wrote. "Southern sympathizers in the North during the Civil War were arrested and held without trial. Critics of America’s involvement in World War I were arrested and deported. Anti-Vietnam War protesters were investigated and harassed by the FBI and attacked by police and blue-collar workers ('hard hats')."

Boot confessed that even his language during the Iraq war was over the top and obviously incorrect.

"I now cringe when I read that column, because of course the anti-war protesters were right and I was wrong: The invasion of Iraq was a terrible idea even though Hussein was a terrible person who deserved what he got," he wrote.

Neither Trump nor the GOP has learned from those mistakes.

"President Trump and his unscrupulous supporters appear intent on repeating them by labeling all critics of his confrontation with Iran as traitors and supporters of terrorism. After Senate Minority Leader Charles E. Schumer (D-NY) complained that he was not given advance notice of the drone strike that killed Soleimani, pardoned felon Dinesh D’Souza wrote, 'Neither were the Iranians, and for pretty much the same reason.' Trump then retweeted this vile suggestion that Democrats were equivalent to anti-American terrorists. This week, Trump claimed that “elements” of the Democratic Party are 'openly supporting Iran' — another noxious falsehood."

It isn't working out well for the GOP. While some time has passed since the mistakes of Iraq, there are still troops stationed overseas and an entire generation of young people have come home injured mentally or physically.

Trump and Pompeo then tried to find ways to blame former President Barack Obama for the action. Neither the blame nor the attacks on Democrats seem to be working. Americans who believe Trump made the U.S. less safe and is being "reckless" with his attacks outnumber Trump supporters 2-1, according to new USA TODAY/Ipsos Poll.

"The Republican position seems to be that it’s fine to attack and undermine a Democratic president in his conduct of foreign policy (as 47 Republican senators did in 2015 when they sent a letter telling Iran’s leaders not to make a deal with Obama)," Boot recalled. "But it’s treason to question anything a Republican president does."

He cited Fox Business Network host Lou Dobbs who compared Sen. Mike Lee (R-UT) to Benedict Arnold during his Wednesday night show. Lee merely criticized the administration's briefing and called it dubious in the claim of an "imminent threat."

“It is a shame that this country which is benefiting so much from this president’s leadership does not understand their obligations to this leader who is making it possible,” said Dobbs.

Boot closed with a 1918 quote from Theodore Roosevelt, who criticized Woodrow Wilson for trying to criminalize wartime dissent.

“To announce that there must be no criticism of the President, or that we are to stand by the President, right or wrong, is not only unpatriotic and servile, but is morally treasonable to the American public,” Roosevelt said.

"So, by Roosevelt’s definition, guess who is being “treasonable”? Hint: It’s not Trump’s critics," Boot wrote.