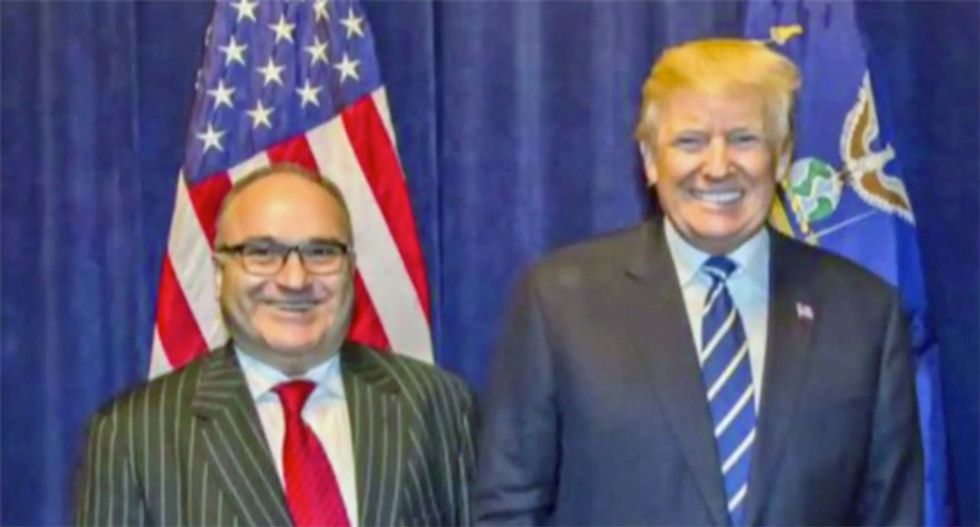 A lobbyist and convicted pedophile tied to current and past top-level Trump White House aides and transition team members has pleaded guilty to child sex crimes. George Nader, whose testimony was cited dozens of times in the Mueller Report, is expected to be sentenced to the mandatory minimum of ten years in jail, CNN reports.

Nader, who for over a decade was a known pedophile, has ties to Senior White House advisor Jared Kushner and former White House Chief Strategist and Trump campaign CEO Steve Bannon. He also has ties to former Trump national security adviser Michael Flynn, who is also now a convicted felon. Nader is a former lobbyist for Blackwater founder Erik Prince, who happens to be Secretary of Education Betsy DeVos' brother.

The AP also reports on a connection between Nader and former RNC finance chairman Elliott Broidy.

“RNC officials had decreed there would be no photos with the president without payment. Broidy suggested that Nader… https://t.co/wr8HpNxCI6
— Lisa Fleisher ❄️ (@Lisa Fleisher ❄️) 1526958831.0