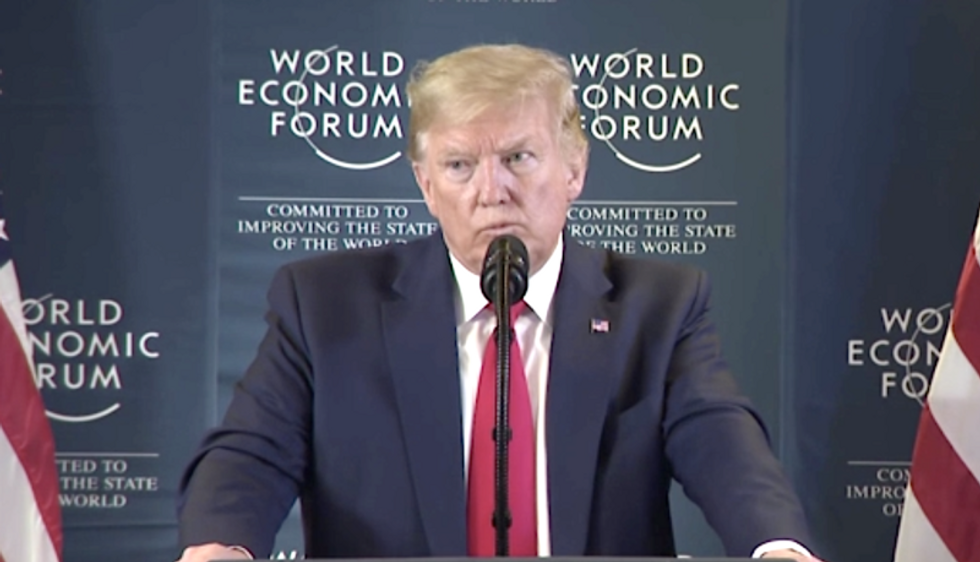 Speaking at the World Economic Forum in Davos, Switzerland, President Trump seemed to downplay the brain trauma that soldiers suffer in battle, saying that US service members being treated for concussion symptoms as the result of an Iranian attack are simply being treated for "headaches."

"I heard that they had headaches, and a couple of other things, but I would say, and I can report, it's not very serious," Trump said during a news conference.

When pressed by a reporter, Trump said, "I don't consider them very serious injuries relative to other injuries that I've seen."

The comments sparked a wave of backlash, some of which came from former Commanding General of U.S. Army Europe and the Seventh Army, Mark Hertling, who tweeted about his experience with improvised explosive devices (IEDs) on the battlefield.

"No longer an 'active duty commander,'" Hertling tweeted. "I did spend 3+ yrs commanding large organizations & was personally subjected to multiple IED blasts. These can be serious injuries, they can contribute to death, neurological and psych disorders...and POTUS comment is dangerously wrong."

In a subsequent tweet, Hertling said that anyone downplaying the seriousness of brain injuries on the battlefield is "uninformed."