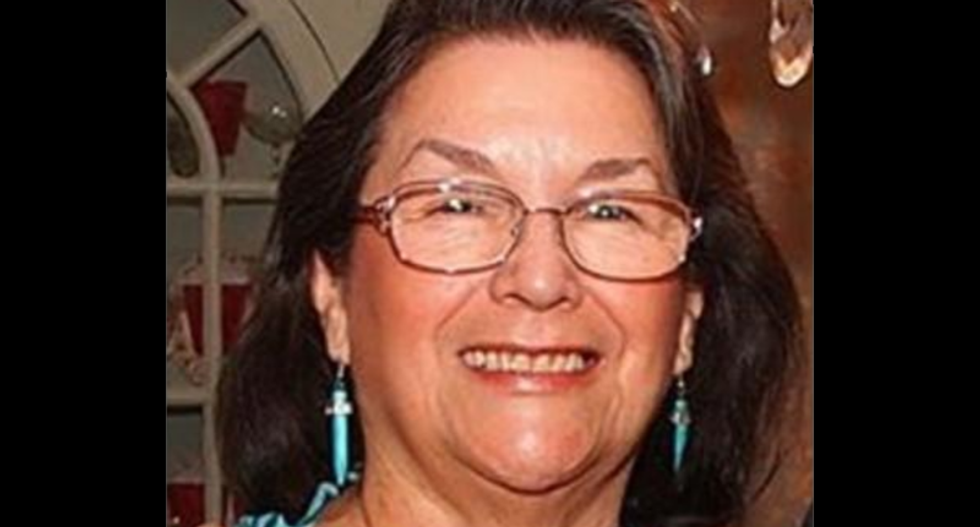 On Tuesday, according to the Hockessin Community News, it became clear that the vice chairwoman of the Republican Party of Sussex County, Delaware, was not going to step down following a virulent screed on Facebook that members of her own party denounced as anti-Semitic.

“What amazes me the most in these theatrical Congress hearings, is to see how many Jews 'In Name Only' lend themselves to be in the hoaks [sic] of the pure made up story of Impeachment that the Democrats have woven as spiders catching flies and bugs,” wrote Jordan. "These jews [sic] have been enrolled to come and testify, to come and interrogate and to be involved in anything that the Democrats enlist them to do to try to look credible to the people of this country." She went on to say that Jews are defying God's will "as it was in the times of the Old Testament."

Her remarks drew outrage from fellow Republicans, with Delaware GOP chairwoman Jane Brady issuing a statement that read, "Neither I nor the Delaware Republican Party, which I represent, condone any statements that demean or show disrespect to others. The remarks made by Nelly Jordan, who was elected to her post by the Sussex County GOP Executive Committee, were offensive, hurtful and anti-Semitic."

While Jordan has not resigned, she issued a letter to party officials, saying, "After much reflection and thought, I now realize my words were inappropriate. I apologize for raising questions about a people, a faith, and a culture whose beliefs span a broad political spectrum," but adding, "It is an honor and a privilege to serve the Republican Party of Sussex County. I hope to continue to do so for many years."

Brady indicated that if Jordan refused to resign, GOP officials would seek her removal. A disciplinary hearing took place on Monday, and a determination will be made by the Sussex County GOP next week.