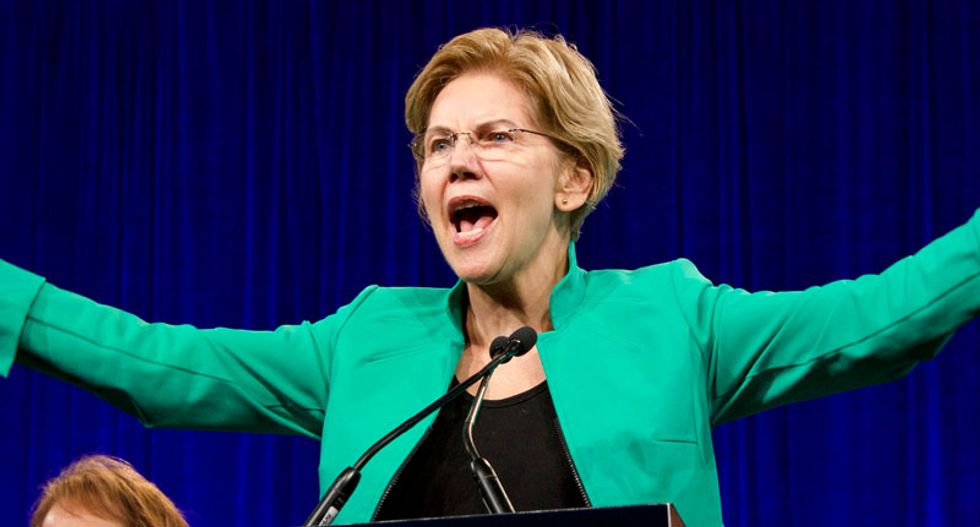 The biggest tension among Democrats this year has been over the choice between competing 2020 election strategies: motivating their base to increase turnout and avoid third-party defections, or moderating their pitch to capture swing voters.

But in reality, even if Democrats repeat their relatively strong swing voter performance of 2018, they will still have to motivate their base to win. They can’t rely on massive Trump-fueled turnout alone to get them over the hump in 2020. Right now, Trump supporters appear even more motivated than opponents. Complacency bred by expectations can be deadly: this was a prime suspect in Hillary Clinton’s loss.

Here, an underappreciated but critical challenge comes in: motivating the base means very different things for each party, and it is generally a much harder task for Democrats. There are four key reasons why.

The first is that the makeup of the parties is fundamentally different, and that matters a lot to how one should think about ginning them up.  One party is a tightly woven cloth, the other a patchwork quilt. Michigan State political scientist Matt Grossmann explains it this way:

“The Democratic party [is] more of a coalition of social groups…it [doesn’t] have a unified, expressed ideological viewpoint as much as a collection of issue positions that match up to its different social group constituencies. By contrast, the Republican Party…has been a party based on broad values of social traditionalism, limited government, and to some extent American nationalism.”

In other words, the Republican party has a relatively clear and consistent ideological north star.  It is populated overwhelmingly by self-identified “conservatives” and it is much more demographically uniform: predominantly white, disproportionately male, skewing much older, and thriving most among white voters without a college degree, especially in more rural areas.

By contrast, the Democratic compass points in many directions. Their base is much more varied not only demographically (for example, more than 40 percent are non-white), but also – despite media portrayals and what Mitch McConnell says to the contrary – ideologically.  A slight majority of Democrats actually see themselves as moderate to conservative rather than liberal.

All this makes the job of talking to “the base” pretty straightforward for Republicans.  It’s basically one thing: be conservative and appeal to the party’s demographic interests. For Democrats it’s far more complex. It’s like the difference between making plans with one friend for coffee and trying to get twenty people to meet for dinner.

Then there’s reason number two, which is that the Democrats’ dinner party includes some who are allergic to others’ favorite foods. African American voters are about 20 percent of the base and tend toward favoring relatively moderate, practical economic measures, whereas the 25 percent or so comprised of highly liberal white voters tends to like more systemically disruptive economic ideas.  Even some of the first instincts on what appeals to each group can be off the mark. Black voters rate slavery reparations last on a list of economic policy priorities, and only 46 percent of Hispanic voters support the idea of changing border crossing from a criminal to a civil infraction.

Most voters hold a mishmash of lightly-formed policy views which are not uniformly “liberal” or “conservative.” The conflation of “inspiring the Democratic base” with “being more liberal on policy” is a major mistake that many progressive activists seem determined to make.

The third factor is the parties’ tendency to appeal to emotion. Here, the differences are even more stark and even more in Republicans’ favor.

Republicans these days are mostly conservatives who, by definition, oppose major changes to traditional social norms. This is a powerful psychological drive: “loss aversion,” the pain of losing what you have, is one of our most potent mental levers. Social scientists have shown that America has moved steadily left in the last two decades in a “silent revolution in social values” that is fueling conservative fear, anger, and backlash. On top of that, there is an ongoing demographic shift toward increasing ethnic diversity which was a prime motivator for Obama voters who flipped to Trump.

White Democrats mostly feel comfortable with these shifts (and feel less like they are losing something). And survey data show that black voters are less motivated by political anger than white voters, likely because they have lower expectations of the political system to start with. This makes the base motivation hurdle even higher for a key segment of the party’s base.

That is related to factor number four, which is that in general, conservatives’ brains are simply wired differently than liberals’ in ways that make it easier to motivate them politically. Neuroscientists have demonstrated that conservatives react much more strongly than liberals both to perceived threats and to things that they find repulsive (which is likely tied to ideas about group identities – i.e., “us” vs. “them”).  They also have different concepts of fairness: liberals tend to think it is fair to give help where it is needed most, while for conservatives fairness is more defined by giving in proportion to what someone is contributing.

There is, of course, an entire right-wing media apparatus built on the recognition that the conservative audience is ready-made for programming that stokes a sense of fear, unfairness, and outrage. The liberal audience…not so much. This is why inflammatory conservative radio thrived while “Air America” failed, and why Fox News continues to destroy MSNBC in ratings.

Put together, these four factors create a potent motivational brew for Republican candidates to serve to their base. Conservatives are much more likely than liberals to be riled up, outraged, and angered by America’s ongoing social changes, by perceptions of being treated unfairly under progressive policy prescriptions meant to help the disadvantaged, by the fear of loss of traditional power as demographics change, and by any perceived threats to safety or the status quo. It is also a lot easier for Republicans to channel that anger into simple, conservative ideological or policy pitches that can apply consistently across their more homogenous base.

It’s not all bleak for the Democrats though. There are two things they can do to inspire their voters to get out to the polls.

The first is not to fall into the trap of simply trying to mirror the Republican playbook. Identity-based appeals and calls to outrage don’t carry evenly across the Democratic spectrum and don’t land the same emotionally motivating punch. Democrats have to recognize that fact and take a more nuanced approach. But this doesn’t mean that discussion of race or class should be jettisoned. Rather, it needs to be presented thoughtfully: research suggests that messaging which explicitly combines race and economic interests in a unifying way (i.e., “we’re all in this together”) can both motivate the Democratic base and appeal to swing voters without activating conservative anger.

Second, Democrats finally have one thing that does resonate across their base: disapproval of Donald Trump. They have to use it and, as some analysts have argued, it can be made to work even in swing or Republican-leaning states. They just need to be smart about channeling it.

The challenge with running on Trump’s perfidy has been the potential for activating otherwise disenchanted Republicans who respond to a perceived threat to their side. One approach to mitigating those problems is pairing the general disapproval of Donald Trump that bolstered 2018 and recent red-state gubernatorial turnout with the kinds of appeals that resonate both with their core constituency groups and with swing voters. In other words, messaging not only around broad attacks on Trump’s outrageous behavior or on high-minded democratic principles (as is unfolding in impeachment) but rather around why Donald Trump is specifically bad for voters’ health care, job security, wages, and cost of living – particularly warning that he will continue to try to take away public goods that they now have (i.e., appeal to loss aversion).

To be successful, Democrats must recognize that the major parties’ bases are different. Their strategies need to be as well.