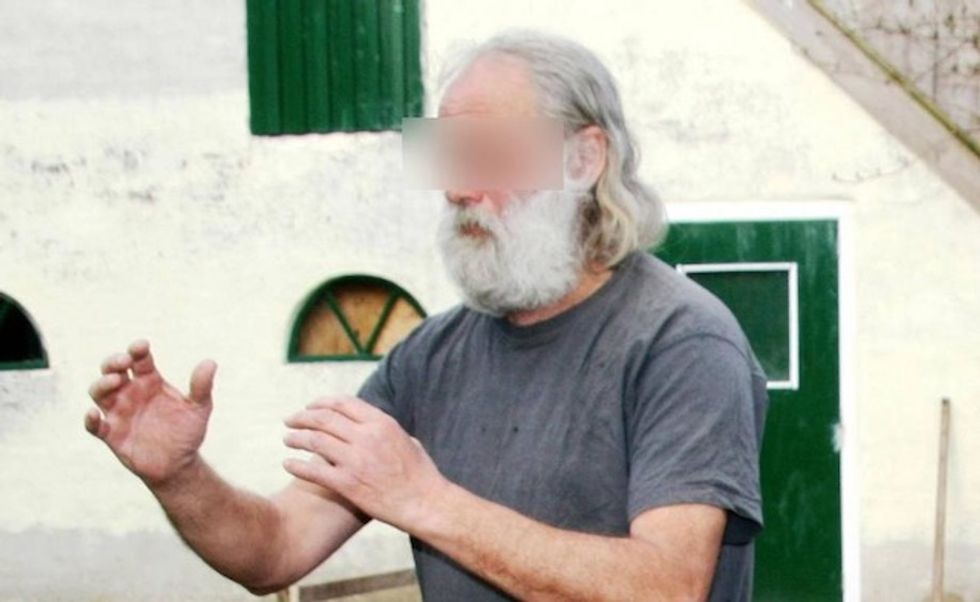 A Dutchman isolated six of his children in a remote farmhouse from birth and beat them to drive out "bad spirits," prosecutors told a court on Tuesday.

Gerrit Jan van D., 67, subjected the youngsters who were found on the farm in the village of Ruinerwold in October to "very serious physical punishment" when he thought they had been made "unclean".

One child was tied up by his hands and feet as punishment, while another child was forced to spend an entire summer in a doghouse at the farm in northern Drenthe province.

"The children all speak of very serious physical punishment if their father thought there was a 'bad spirit' in them. That happened from a very young age, four or five years," prosecutors said during a procedural hearing in the case.

Prosecutors said the youngest six of the man's nine children "lived in seclusion from birth, were kept indoors and had to be quiet so that no one would notice that they existed."

They were not registered with Dutch authorities and had never been to school, they said.

The family was first discovered in October when the oldest son still living on the farm walked into a local bar in a confused state and raised concern about the welfare of his other siblings.

Police raided the farm and arrested Van D. and an Austrian man identified as Joseph B., 58.

Van D. was absent for medical reasons from Tuesday's hearing in the town of Assen.

He is charged with depriving the children of their liberty from 2007 to 2019 and "punching, kicking and denying food and drink" to the six children. He is also charged with sexually abusing two of the older three children.

Joseph B. is also charged with depriving the children of their liberty and was in court.

"I feel like this is a witch hunt," Joseph B. told the court. "I have a clear conscience... I have not robbed anyone of his freedom."

Prosecutors said the three oldest children were not allowed to talk about the existence of their brothers and sisters.

Citing diaries kept by the children, prosecutors said they had all spoken of their "conviction that contact with the outside world makes you 'unclean' and about 'bad spirits' that come into bodies. The father determined when a child had a 'bad spirit'.

"This child was isolated, had to pray and the other family members were not allowed to have contact with this child, sometimes not even for months."

One of the children was separated from the rest of the family at the age of 12 and made to stay in a caravan on another part of the farm, prosecutors said, adding that "after that he spent a whole summer in a doghouse in a shed."

The three oldest of the nine children were allowed to go to school and the "exterior doors were not locked all those years", prosecutors said.

But they said that there was still "unlawful deprivation of liberty for all these years -- classically locked up at times, but in a less classic way at other times."

Prosecutors said the abuse was a "figurative lock on the door", adding that "no physical lock is required on the door as evidence of unlawful deprivation of liberty or hostage-taking."