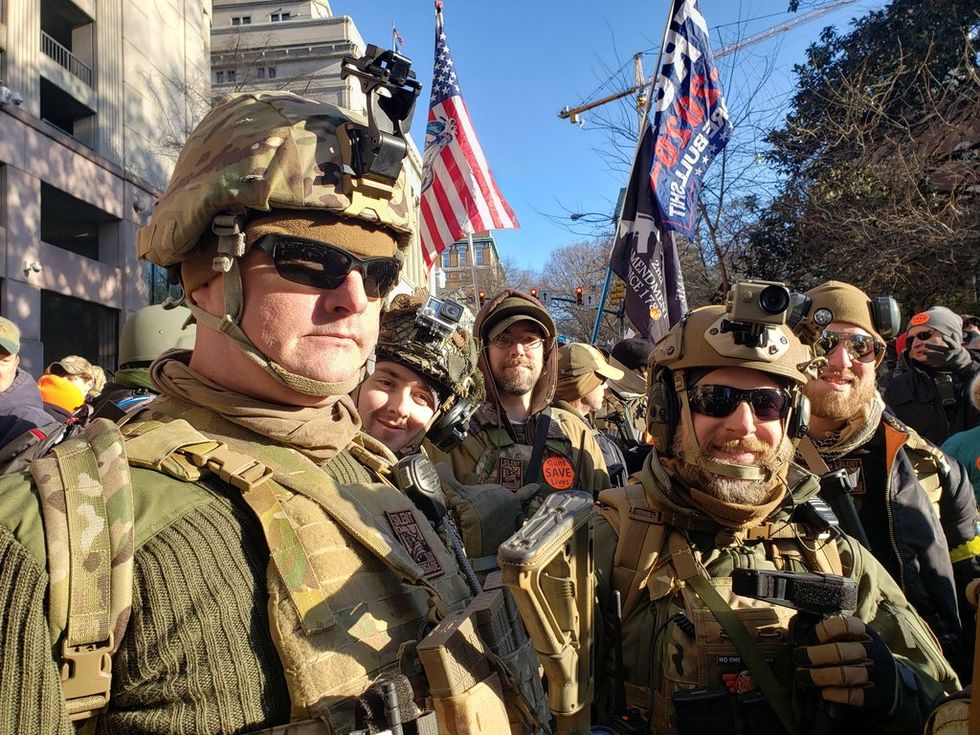 Gun owners in Virginia descended upon the capitol of Richmond on Monday to protest against proposed new firearms restrictions that include universal background checks and limits on the number of handguns that can be purchased over the span of a month.

Many of the rally goers came dressed in military camouflage, while others wore black face-covering masks that looked like the sort of garb warn by Hezbollah militants. Many of them walked around openly carrying their AR-15-style rifles and pledged to resist any attempts to restrict their access to deadly weapons.

However, the protesters inspired a good deal of mockery for what critics described as an elaborate cosplay that's more on par with something you'd expect to see at a Star Trek convention rather than at a serious political rally.

If you are in Virginia and you are walking around with masks and guns today on #MLKDay, ask yourself this question:… https://t.co/U1L4WbYfkx
— Mrs. Krassenstein (@Mrs. Krassenstein) 1579530352.0

White privilege is committing a terrorist attack in Charlottesville & then being granted permits on MLK day to cont… https://t.co/FfqLy7w64W
— Simar (@Simar) 1579533537.0

While I absolutely support the 2nd Amendment, this little boy right here with his gun is NOT what our Founding Fath… https://t.co/dvikDMZzyK
— Doug "Bear" Hazard (@Doug "Bear" Hazard) 1579533509.0