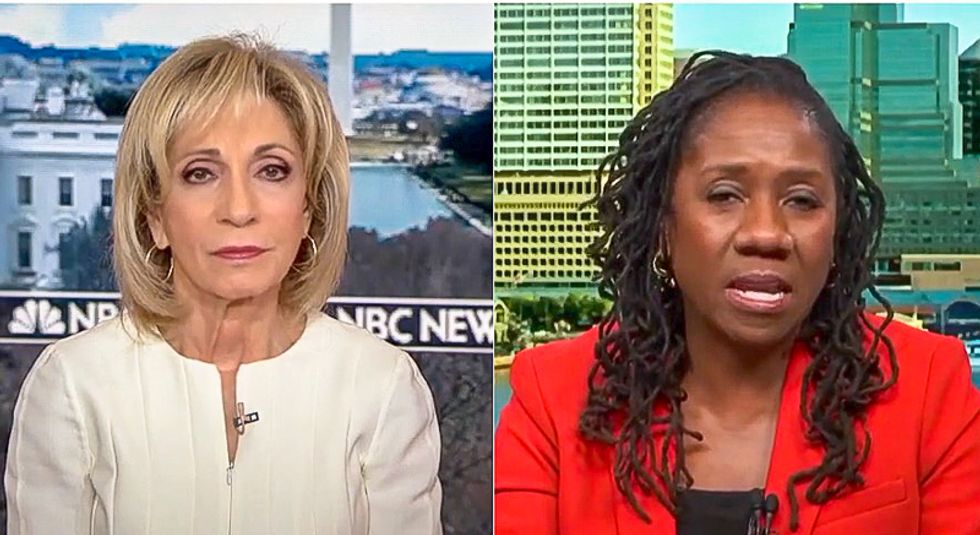 Sherrilyn Ifill, who serves as president of the NAACP Defense Fund, on Monday lashed out at presidential adviser Kellyanne Conway after she could not explain what President Donald Trump was doing to mark Dr. Martin Luther King Jr. Day.

"He's preparing for Davos," Conway said in a Monday morning interview, "and agrees with many of the things that Dr. Martin Luther King stood for and agreed with for many years, including unity."

"What an embarrassingly incompetent answer," Ifill later told MSNBC's Andrea Mitchell. "There's is no answer that she can give that would be acceptable because he's doing nothing to commemorate MLK Day, and frankly, it would be hypocritical if he tried to do that."

"Just in the last week, the tweets that he's put up, knowing that [the pro-gun rally in Virginia] was coming today, knowing that the governor of Virginia had declared a state of emergency today because of credible threats of violence given what happened in 2017 in Charlottesville," she continued. "We've now reset what the president is supposed to do. He's not supposed to call for calm and peace."

"He just gets to tweet whatever he wants," Ifill pointed out. "He's not doing anything to commemorate MLK Day and that's why it's important that we do that work. We don't need Mr. Trump to lead us in knowing what to do around equality and justice."