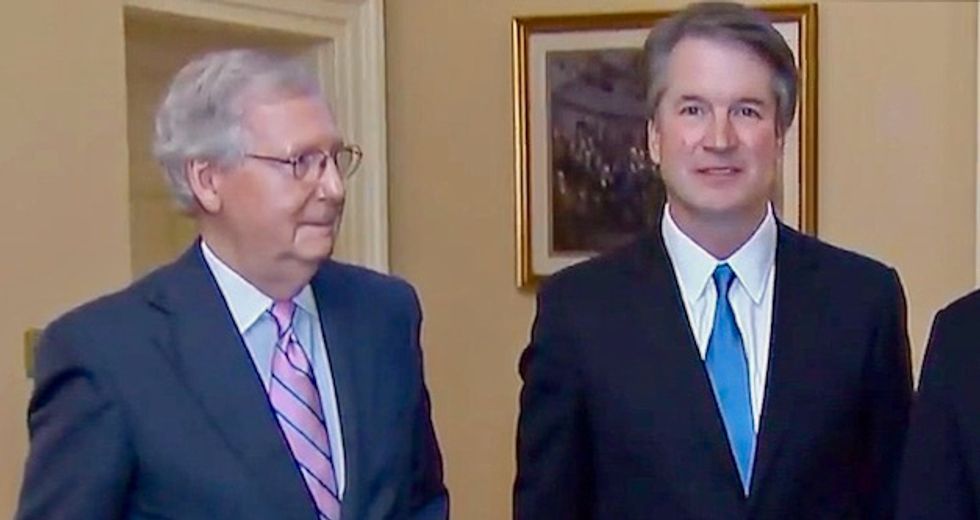 On Wednesday, the Judicial Conference's Codes of Conduct Committee, a national panel of high-ranking federal judges responsible for policy-making on U.S. courts, released a draft advisory opinion warning federal judges against affiliating with the Federalist Society, one of the nation's foremost associations of conservative and libertarian lawyers.

"The Committee advises that formal affiliation with the ACS or the Federalist Society, whether as a member or in a leadership role, is inconsistent with Canons 1, 2, 4, and 5 of the Code," stated the opinion. "Official affiliation with either organization could convey to a reasonable person that the affiliated judge endorses the views and particular ideological perspectives advocated by the organization; call into question the affiliated judge's impartiality on subjects as to which the organization has taken a position; and generally frustrate the public's trust in the integrity and independence of the judiciary."

The Federalist Society has long been known as a "pipeline" for Republican judicial nominees to be groomed and considered for the federal bench, including many of President Donald Trump's appointees. Moreover, many sitting federal judges maintain close ties with the group — last year alone, 23 judges, all appointed by Republicans, spoke at the annual Federalist Society convention.

Officially, the organization has long maintained that it is not an advocacy group, but merely a forum for debate for legal scholars. However, a recent report revealed that the Federalist Society has secretly been engaging in political activism for years, with its president, Eugene Meyer, assuring donors in private that the group would teach federal judges to advance conservative goals such as environmental, banking, and labor deregulation.