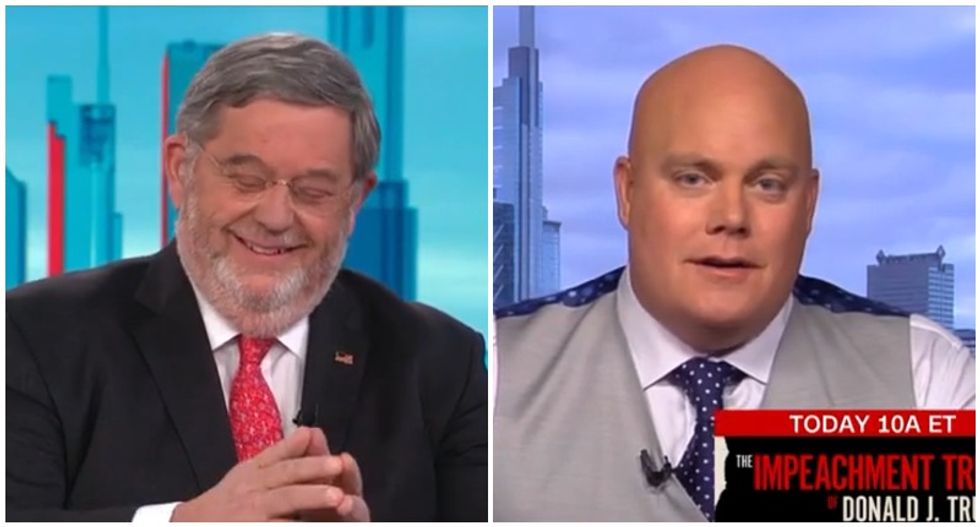 Jim Schultz, a former Trump White House lawyer, found himself getting laughed at on live television after CNN's Jim Sciutto fact checked him about misstatements made by President Donald Trump's attorneys during Tuesday's first day of the impeachment trial.

During a panel discussion about the trial, Sciutto asked Schultz about Trump lawyer Pat Cipollone's false claim that no Republicans had been allowed to participate in closed-door impeachment hearings that occurred last year.

Schultz tried to brush off Cipollone's falsehoods by mischaracterizing what he actually said.

"I think the point that he made, and he made well, was that the White House lawyers were not allowed in," he claimed.

Sciutto, however, was ready to correct this baldly wrong statement.

"I get it!" an annoyed Schultz shot back. "Maybe he misspoke! Maybe he, maybe he meant to say something else."

At this point, fellow panelist Guy Smith, who served as an adviser to former President Bill Clinton during his impeachment, started laughing uncontrollably as Schultz flailed away.

"This is an example of the gaslighting I'm talking about!" he said.