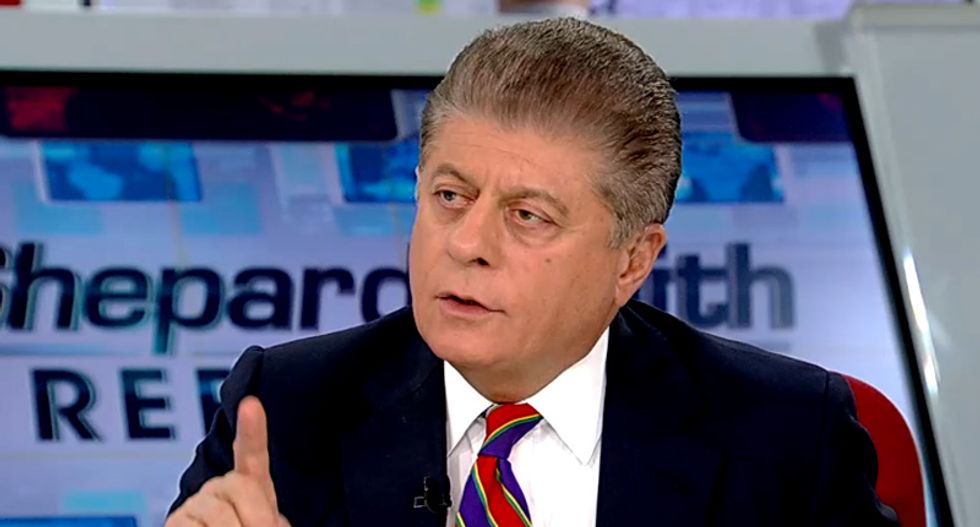 Fox News legal analyst Andrew Napolitano has penned a scorching new op-ed warning Republican Senators that they will be derelict in their constitutional duties if they acquit President Donald Trump without calling any witnesses.

In his column, Napolitano argues the president's legal team has been spouting utterly bogus legal theories about how the impeachment process is supposed to work as a way to deflect from the fact that the president has engaged in unprecedented obstruction of Congress.

"The president's lawyers have misrepresented the separation of powers by arguing that when Congress and the president are at loggerheads over congressional demands for documents or testimony, it becomes the duty of the Congress to turn to the courts," he writes. "That is a general proposition of law, yet an incomplete one, as it does not apply in cases of presidential impeachment where the House has more than primacy -- it alone has power. Stated differently, the president has no legal or constitutional basis to reject House subpoenas when the House is conducting an impeachment inquiry."

He then chides Republican Senators who argue that the president's obstruction has left the House with insufficient evidence to convict him -- even as they turn down the opportunity to hear from new witnesses who have said they want to testify.