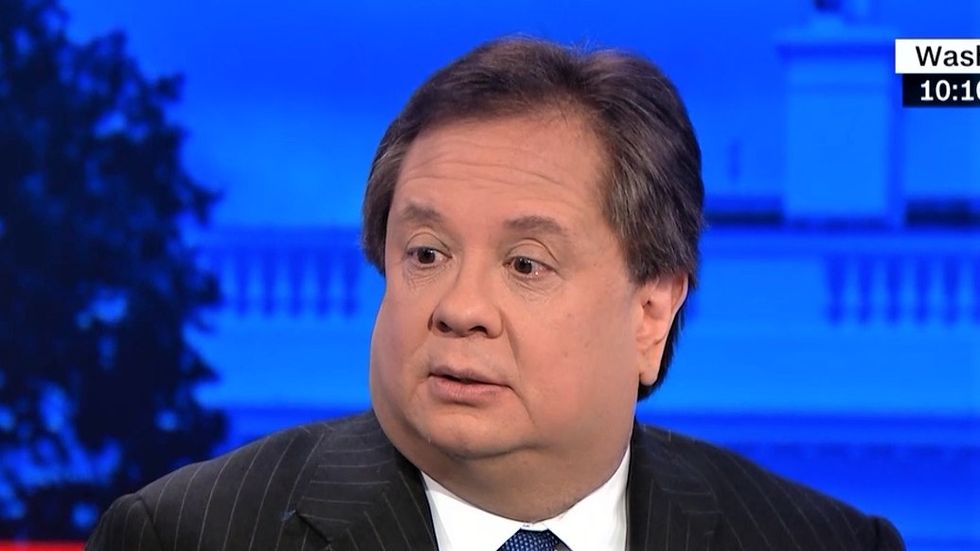 Attorney George Conway, the husband of Trump White House counselor Kellyanne Conway, went off on both President Donald Trump's attorneys and Senate Republicans for their performance at the Senate impeachment trial during a lengthy interview with CNN's Jake Tapper.

First, Conway tore apart Trump attorney Pat Cipollone for blatantly lying about the impeachment process that took place in the House of Representatives last year, and in particular zeroed in on the false claim that Republicans were not allowed to attend closed-door impeachment hearings.

"That whole sequence was just mendacious and it ended with a falsehood," he said. "It's not possible for me to think that he didn't know what the truth was. Three committees, three full committees of the House of Representatives, were entitled to attend those depositions, and that includes every Republican member. There were at least 40 of them at least."

Conway then said that the rest of Cipollone's presentation was "utterly mendacious" as well, as he falsely claimed that Trump was not allowed to have any legal representation at hearings when the White House actually rejected an offer from House Judiciary Committee Chairman Jerry Nadler (D-NY) to appear at hearings.

Conway then pivoted to slamming the Republican Party for rejecting all Democratic amendments to bring forward witnesses and documents.