GOP choice could be a fair Senate trial now — or a criminal trial in New York this summer: law professor 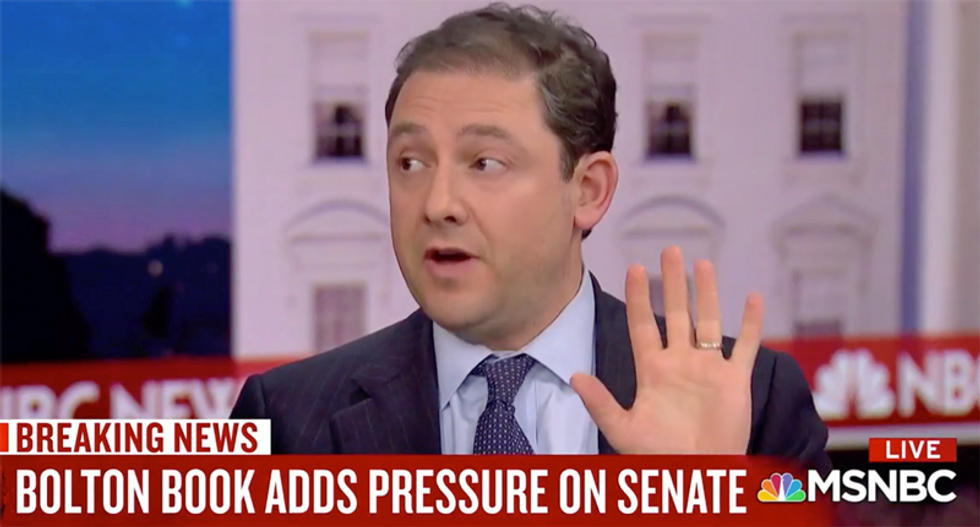 The decision facing Senate Republicans is not whether or not to allow witnesses, but is actually whether they want Donald Trump's trial to take place in the U.S. Senate now, or in New York state criminal court closer to the 2020 presidential election, according to Fordham Law Prof. Jed Shugerman.

Shugerman was interviewed on Tuesday by MSNBC's Chris Hayes.

The host noted recent reporting showing it is the vulnerable Senate Republicans up for re-election in 2020 who are most opposed to calling witnesses.

"I think they're panicked, but they're not gaming this out. They would prefer, if they understood what else could happen outside the halls of the Senate, they would prefer for the Senate to control this process," Shugeman explained.

"The House could come back in February, immediately when this trial doesn't happen in the Senate, they could come back and impeach and subpoena [John] Bolton and many others," he explained. "That's one bad alternative."

"An even worse alternative is that New York State prosecutors could indict [Rudy] Giuliani tomorrow," he continued, listing multiple felonies that could be charged.

"Would they prefer to have a Senate trial where they control all the rules of or have it be controlled by New York Democrats or House Democrats in the summer or the fall of 2020?" he asked.