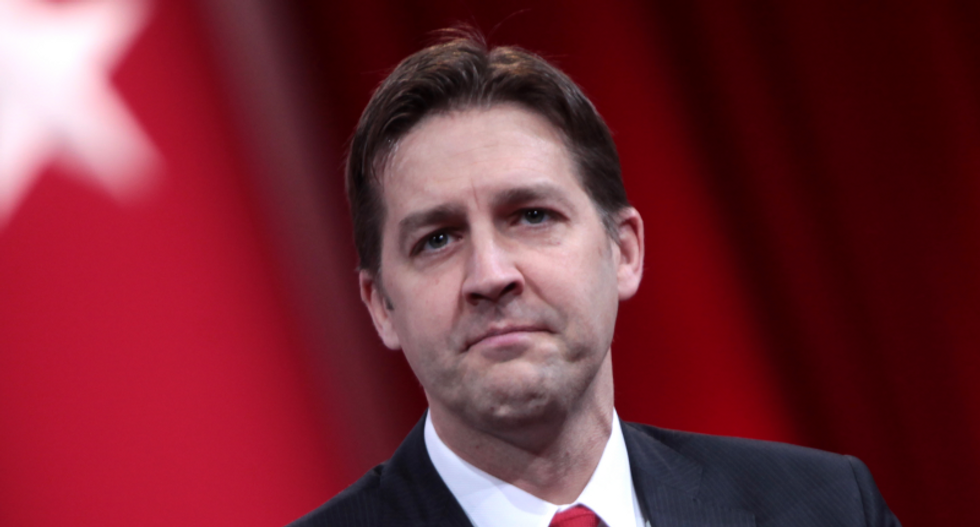 Sen. Ben Sasse (R-NE) was outed by his Senate spokesperson in a statement to the Omaha World-Herald.

While Sasse was seated quietly at his desk in the Senate impeachment trial of President Donald Trump on Thursday, his office was blasting the proceedings as a "clown show."

"Ben isn't thinking about politics during Adam Schiff's clown show — he's doing his job by listening and taking notes, even when Schiff repeats himself over and over and over again,” spokesperson James Wegmann said in a statement.

He explained that the senator "is one of the most conservative members of the Senate and that will earn him a second term," said the Omaha World-Herald.

It was an ironic statement because calling it a "clown show" and celebrating the senator's reelection outed Sasse for obviously caring about politics.

Sasse has taken issue with the president's demand for an investigation by Ukraine in the past.

He also agreed that Trump's attempt to get China to investigate the Biden family was wrong on many levels.

“Hold up: Americans don’t look to Chinese commies for the truth. If the Biden kid broke laws by selling his name to Beijing, that’s a matter for American courts, not communist tyrants running torture camps," he said.