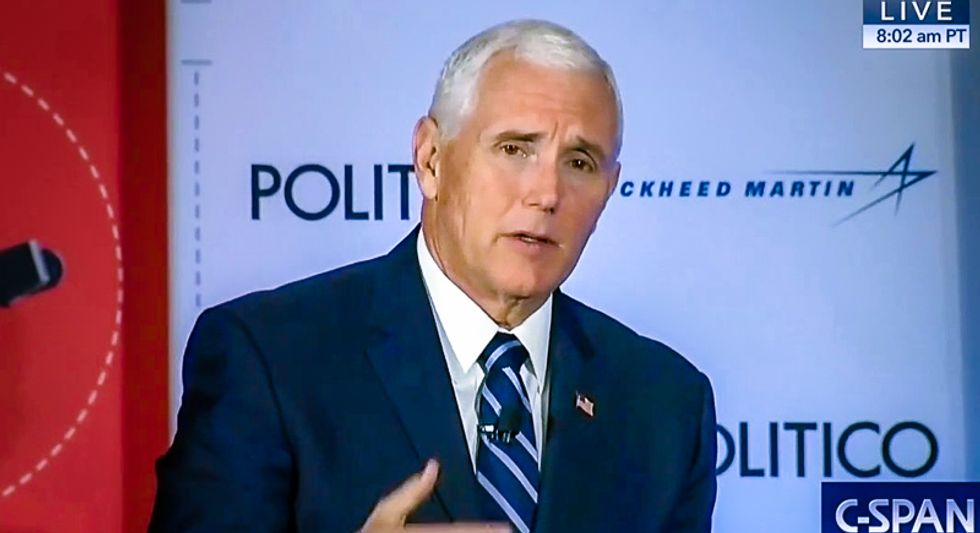 Vice President Mike Pence has written a column praising Edmund Ross, a Republican senator from Kansas who cast the decisive vote that acquitted President Andrew Johnson in his impeachment trial.

"At the close of the trial on May 16, 1868, [Ross] stayed true to his convictions, opposed the passions of his own party, and voted to acquit Johnson," Pence writes in a Wall Street Journal column published this week. "He faced social ostracism and physical assault. Still, he knew he was right."

But historian David O. Stewart, who has literally written an entire book on Johnson's impeachment trial, believes that this account of Ross's actions gets history completely wrong.

"That vote was a profile in corruption, not courage," Stewart writes at the History News Network. "When the impeachment crisis erupted in early 1868 and landed in the Senate for Johnson’s trial, Ross flirted with both sides of the contest, then began to offer his vote for the best deal he could get."

After promising his fellow Republicans that he would stand with the party and impeach Johnson, writes Stewart, he abruptly changed his mind on the day of the vote.

"Records show that Ross immediately moved to cash in on his pro-Johnson vote with patronage appointments," he writes. "The Kansan... requested the appointment of a friend as superintendent of Indian lands in which is now Oklahoma, stressing to President Johnson the “large amount of patronage connected with that office.” Johnson made the appointment. Then Ross asked for ratification of a treaty with the Osage Tribe, which Johnson swiftly granted."

Gerard Magliocca, a professor at the Indiana University Robert H. McKinney School of Law, similarly writes that Ross "was bribed for his not guilty vote," as he "was promised lots of federal patronage if he voted in favor of the President."

Forbes has reviewed campaign finance disclosures from former President Donald Trump and discovered that he apparently had far less cash in his final year of office than he claimed.

According to the documents, the self-described billionaire only had about $93 million in cash during the final year. They were part of the information released by New York Attorney General Letitia James as part of her civil probe into the Trump Organization.

According to an article published in the conspiracy theory-prone Epoch Times, deceased Capitol rioter Ashli Babbitt "was so upset about the escalating attack on the Speaker’s Lobby at the U.S. Capitol on Jan. 6, 2021, she grabbed one of the primary rioters and punched him in the face seconds before she climbed through a broken window and was fatally shot by police, a new video reveals."