‘Hold a presser coward’: Press secretary blasted for whining about coverage because she’s bad at her job 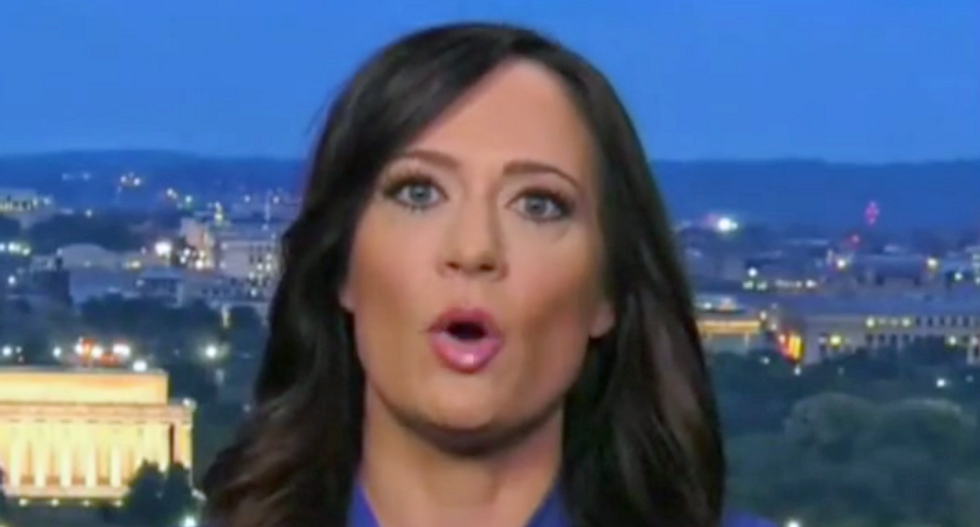 White House press secretary Stephanie Grisham was roasted for being awful at her job during the aftermath of Iranian ballistic missile attacks on Iraqi military bases housing U.S. troops.

In the hours following the attack, multiple senior Iranian officials took to social media to speak with one voice.

But the White House was strangely silent, with a short statement claiming President Donald Trump was monitoring the situation.

We are aware of the reports of attacks on US facilities in Iraq. The President has been briefed and is monitoring t… https://t.co/0qHUwQymJm
— Kayleigh McEnany (@Kayleigh McEnany)1578440945.0

Nearly an hour later, CNN reported Trump would be addressing the nation about the hostilities.

Aides are making urgent preparations at this hour for Trump to address the nation, per @jeffzeleny. The specific ti… https://t.co/3kEzOpGIyY
— Kaitlan Collins (@Kaitlan Collins)1578444940.0

Press secretary Stephanie Grisham lashed out at the network for the report.

"This is not true - was never true - & no one even attempted to confirm with the press office before tweeting. In a race to be first to break news, the public once again falls victim to irresponsible 'reporting' by CNN," Grisham argued.

Grisham was quickly blasted for failing to effectively communicate what is going on. The Trump White House has not held a daily press briefing in over 300 days -- which is Grisham's job. Other's noted her lack of credibility.

Here's what some people were saying:

@PressSec @CNN @jeffzeleny @kaitlancollins Is he speaking? Tonight would be a great time for a press secretary to… https://t.co/LmfyDoVK1W
— Rick Britt (@Rick Britt)1578449187.0

Here she is. Lying again to American citizens even as US military are under attack in the middle east because of… https://t.co/0HI2t8WOfO
— McBlondeLand (@McBlondeLand)1578449209.0