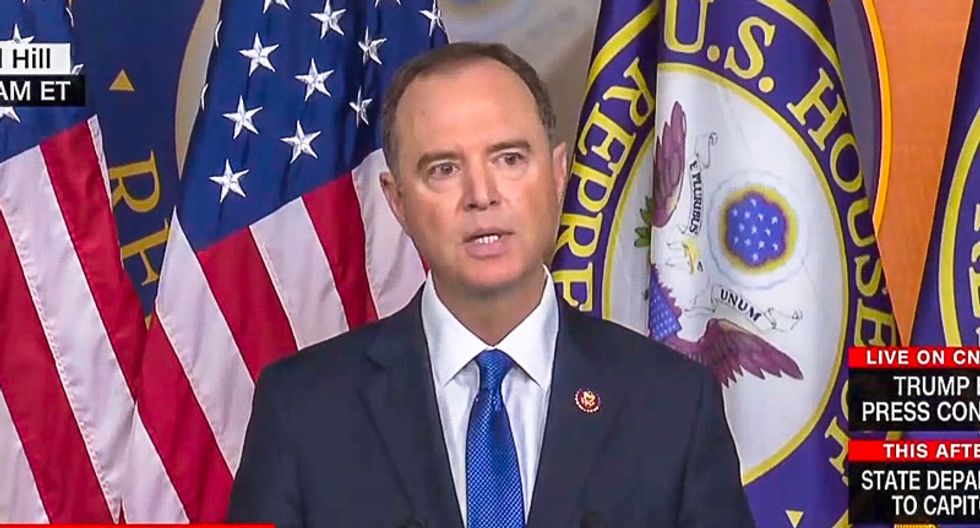 The document divides the argument by the House of Representatives into three points.

"The Senate should convict President Trump of abuse of power," is the first section.

"The Senate should convict President Trump of obstruction of Congress," is the second section.

"The Senate should immediately remove President Trump from office to prevent further abuses," is the third section. 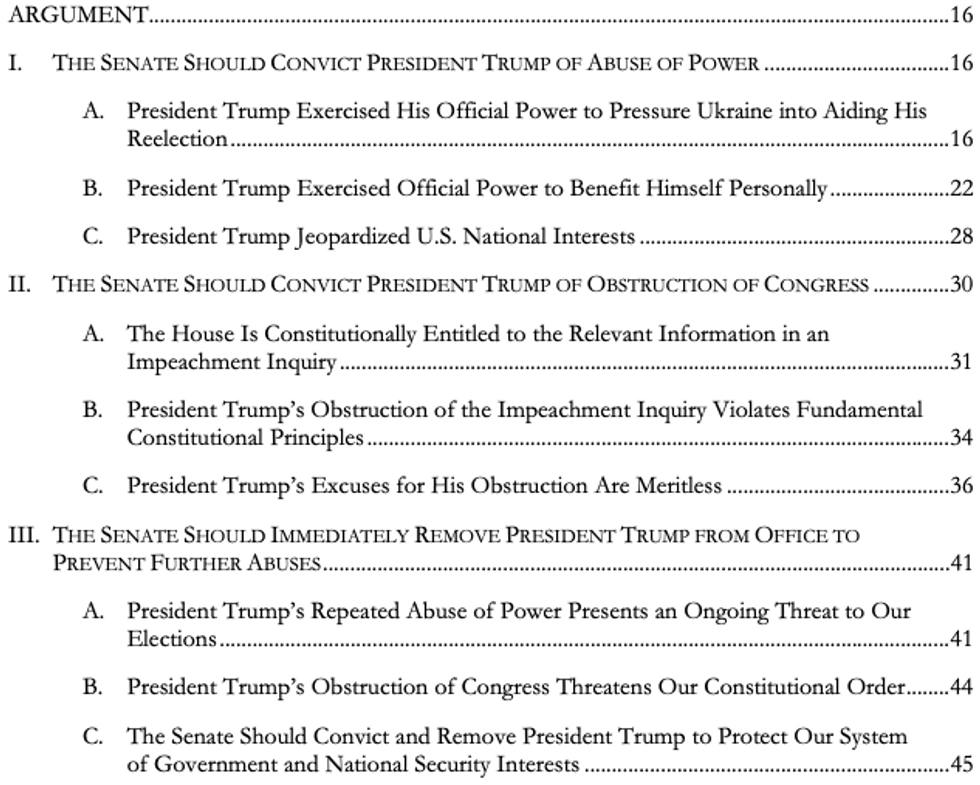