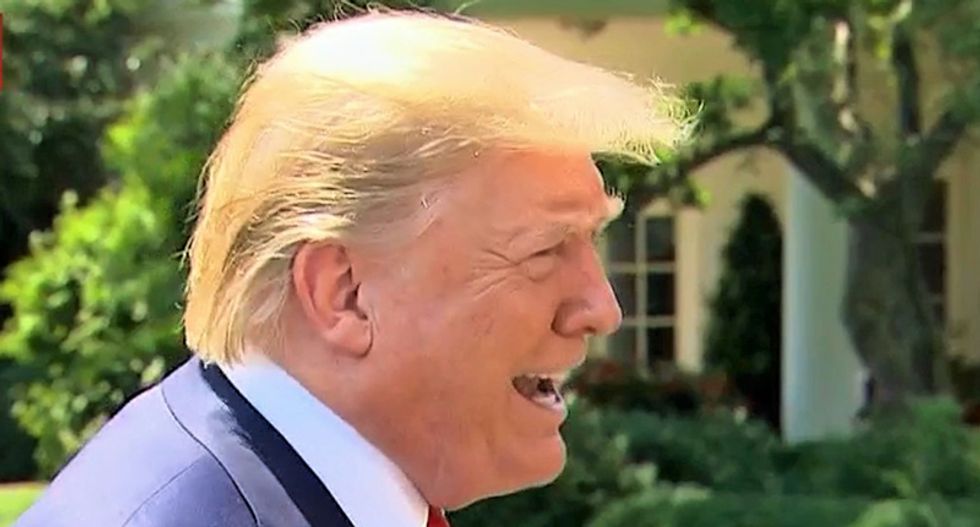 One prominent user on the president's favorite social media platform, @HoarseWisperer, posted a 35-second clip of Trump entering the stadium, with a question about Trump's gait.

The clip quickly set off a round of speculation, from cognitive trouble to his weight to the claimed bone spurs that kept him from serving in Vietnam.

@DavidGalenWard @HoarseWisperer Someone once commented that from the side angle he looks like the front part of a c… https://t.co/0D1SpSMAvl
— Ab Hinc (@Ab Hinc)1578975008.0

@HoarseWisperer He does swing it sideways as he swings it forward. Maybe because his pants are so ill fitted.
— Jannette (@Jannette)1578974166.0