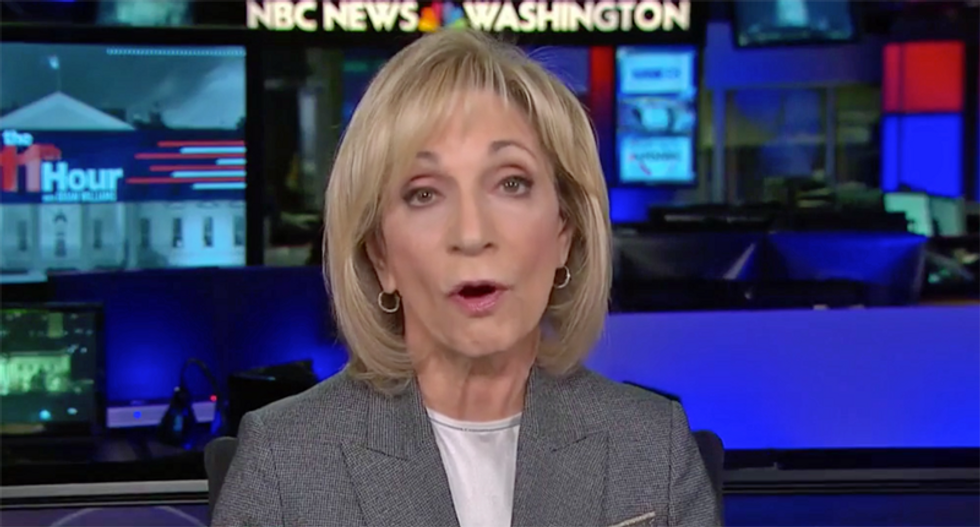 The Iranian government deliberately missed with the targeting of the ballistic missiles they launched at military bases in Iraq that house U.S. troops, MSNBC reported late Tuesday evening.

"There is a great phrase in Washington that comes from the highway business, and that's the off-ramp," Williams noted. "Does the battle damage assessment going on in the light of day right now -- if indeed we stay at zero casualties -- does that afford the president of the United States an off-ramp?"

i'm going to ask you the question i asked general mccaffrey. for those drafting the president's remarks overnight for delivery tomorrow morning, what can he say that's tough, but what can he say that if this is the american wish, takes a pass at us launching a return volley? >>

"Well, in fact, the most hopeful thing I heard was a couple of hours ago from a well-placed source who can't be identified, that their early initial assessment -- and, again, this was in nighttime and not with a formal BDA or battle damage assessment -- was that Iran had deliberately missed," Mitchell reported.

"That they have such highly precise missiles -- we know they do, they were able to take out the major Aramco oil field in September in Saudi Arabia -- we know that they can do this if they really want to, and they apparently, according to this early report, they may have hit a not populated part of the al-Asad base and, in Arbil, landed in a field," she reported.

"So, yes, there's an off-ramp," she concluded, hopefully.