Iraq's Sadr calls for mass protests against US presence 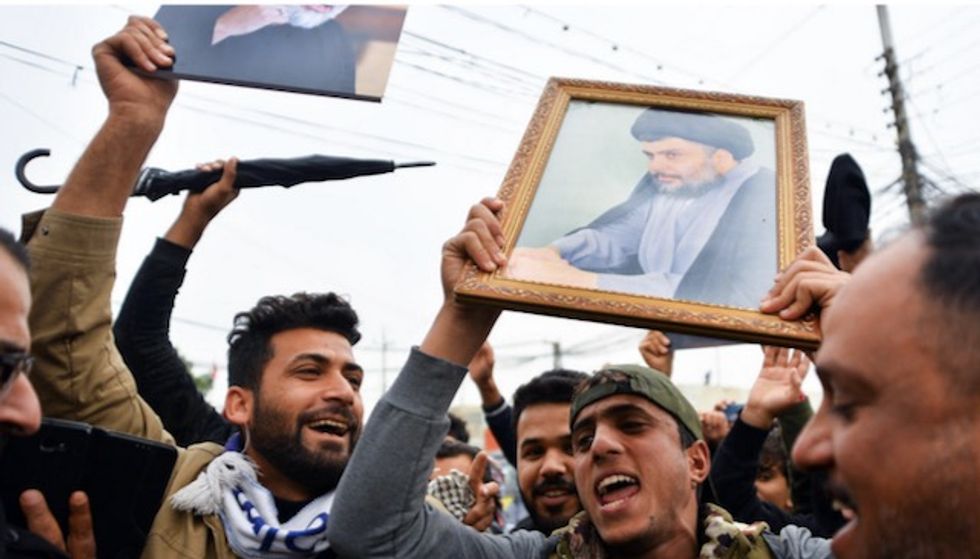 Firebrand Iraqi leader Moqtada Sadr called Tuesday for a "million-strong march" against the presence of US troops in Iraq, days after parliament voted for their departure following Washington's killing of an Iranian general in a Baghdad drone strike.

"The skies, land and sovereignty of Iraq are being violated every day by occupying forces," the Shiite cleric turned populist politician wrote on Twitter.

He urged Iraqis to hold "a million-strong, peaceful, unified demonstration to condemn the American presence and its violations", without giving a date.

The Iraqi parliament responded by voting on January 5 to oust foreign forces -- including some 5,200 American troops -- who have been backing the fight against Islamic State jihadists since 2014.

Soleimani's killing also came weeks into mass anti-government demonstrations in Baghdad and the country's south, condemning politicians seen as corrupt, inept and under the sway of both the US and Iran.

The rallies have persisted throughout but shifted to include calls for Iraq to be spared any conflict between Iran and the US.

Iraq has been in political paralysis since the resignation of prime minister Adel Abdel Mahdi, with pro- and anti-Iran factions unable to agree on a candidate to form a new government.

Protesters have rejected the possibility of reinstating Abdel Mahdi.

"The people reject that," said Hussin Ali Abdul Hussein, a demonstrator in Karbala, south of the capital. "We don't want to recycle the rubbish, we want a prime minister the public can accept."

The protest movement and the ensuing crackdown by security forces has left around 460 people dead, mostly protesters. Activists have also faced a campaign of intimidation, abductions and killings.