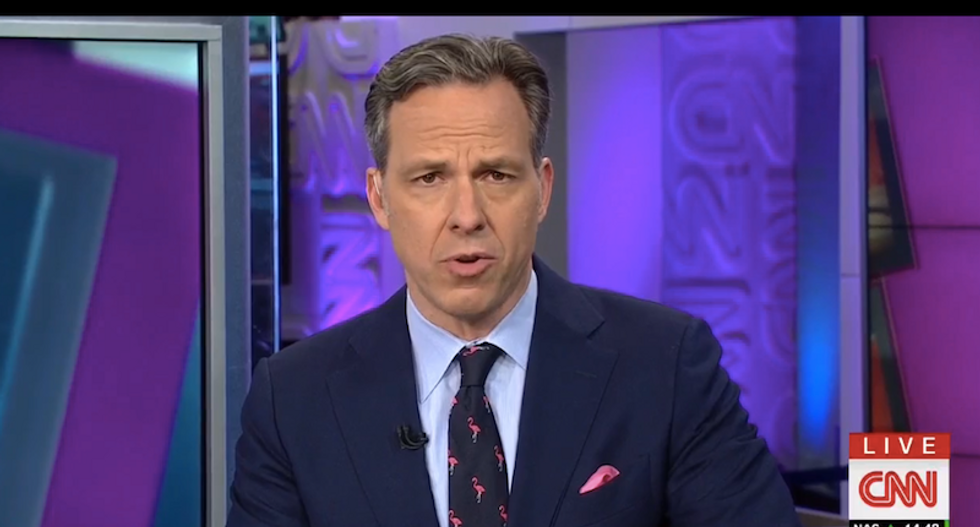 Tapper specifically rebutted an earlier tweet from Trump in which he falsely claimed the House Democrats never even bothered asking Bolton to testify during their impeachment inquiry last year.

"The idea that the house of representatives never even asked John Bolton to testify is just a lie," he said. "It's false."

Tapper then displayed the exact letter that House Democrats sent to Bolton requesting his testimony at their hearings.

"There is a letter I'm holding in my hand right now, from October 30th, in which the three chairs of the relevant committees in the House of Representatives asked John Bolton to testify. So they did, in fact, ask him to testify."