Ken Starr will end up being a nightmare for Trump during the Senate impeachment trial: Ex-solicitor general 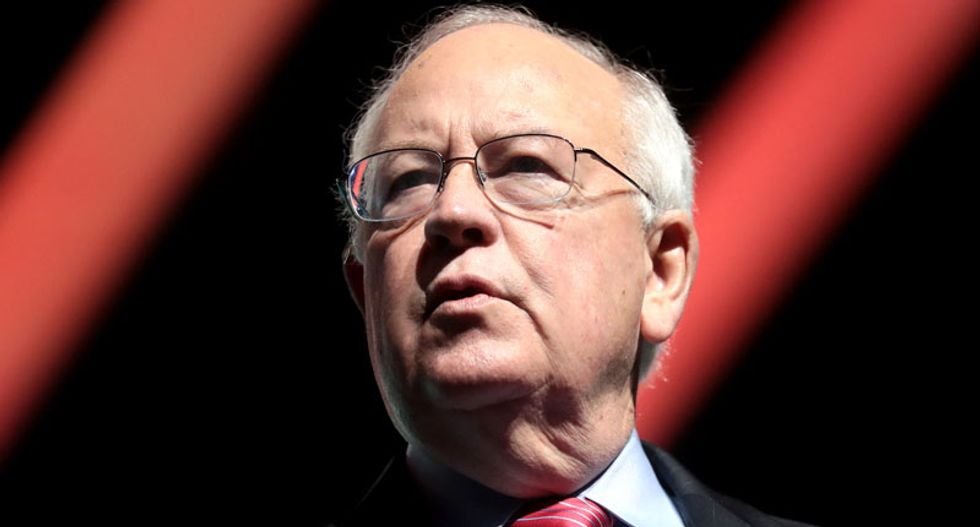 "I'm not going to like join the chorus of those who say because Trump has hired Epstein's lawyers, that's somehow bad," said Katyal. "I think it's dangerous thing in this country to attack the lawyers for the clients that they've represented in the past. We don't want to incentivize great lawyers not to take hard cases because of fear of personal attacks later."

"I think if I were Trump, I'd be worried about hiring Ken Starr because of all the things Starr said 20 years ago," continued Katyal. "For example, he said that President Clinton abused executive privilege, and, therefore, should be impeached and removed from office for it. And what everyone thinks about what Clinton did, it's nothing compared to the executive privilege abuses of Trump, I mean, that's a hundred times worse and on steroids. So it's just a hard thing, because every time Starr tries to mount a defense of Trump, he's going to be confronted with Ken Starr from 20 years ago."

"With respect to Dershowitz, his defenses are frankly silly," continued Katyal. "Yesterday he went on TV and said abuse of power is not an impeachable offense. I don't think you'll find anyone to agree with that view, it is what impeachment is about. If you have any doubt, look at what a congressman in 2008 said. He said, what a high crime and misdemeanor is, it's when a president puts his personal interest above those of the American people. That congressman in 2008 was Mike Pence."