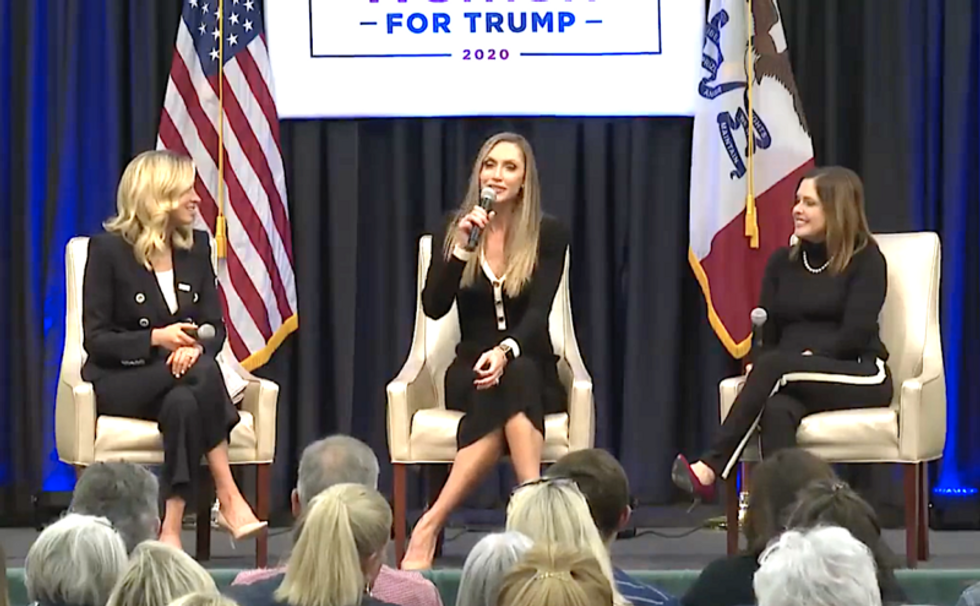 During a "Women for Trump" event in Iowa this Thursday, President Trump's daughter-in-law, Lara Trump, seemingly mocked Joe Biden's speech impediment and suggested the Democrats are in big trouble having him as a front runner in the 2020 election.

"Every time he comes on stage and they turn to him, I'm like, Joe can you get it out, let's get the words out, Joe," Trump said. "You kinda feel bad for him."

According to Trump, who is the wife of President Trump's son Eric, Biden's frontrunner status is a result of the Democrats being "desperate."

"That is why they have tried since the day he came down the escalator to stop Donald Trump," she said, referencing the 2015 moment when Donald Trump descended the Trump Tower escalator to announce his candidacy.

Biden's struggles with speech are well known, and he's had the issue since he was a child. He described his experiences with having a speech impediment to The Atlantic recently.

Watch Lara Trump make her comments about Biden in the video below: