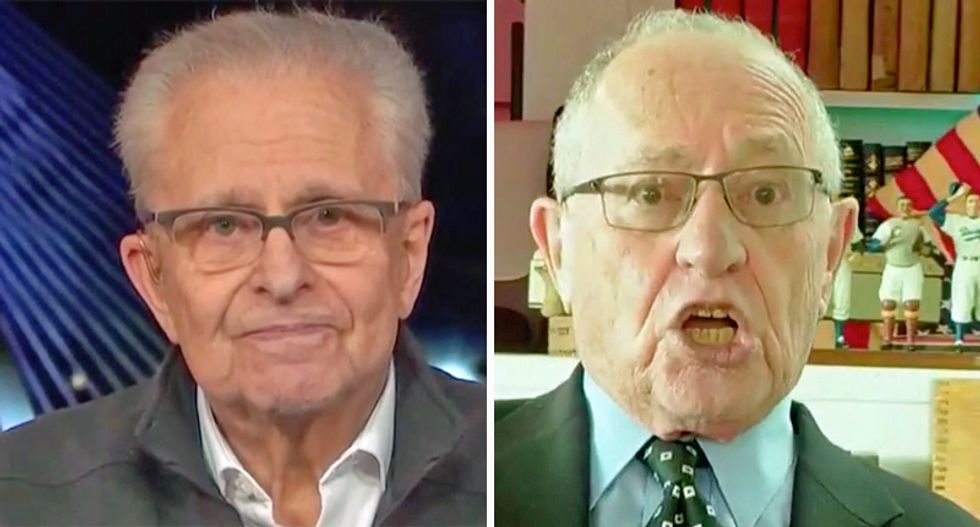 The debate over impeachment from two of Harvard Law School's most well-known faculty continued on Wednesday as senators asked questions during President Donald Trump's trial.

Tribe said Dershowitz "just argued that a president who believes only he can fix it — who thinks his re-election is vital to the nation — can’t be impeached for abusing his power to corrupt the next election in his favor because by definition he’s doing what he thinks best for the country!!"

"Accepting this argument would put us on a short path toward dictatorship, benevolent or otherwise. It’s incompatible with government of, by, and for the people," Tribe explained.

"It’s government by egomania," he added.

Accepting this argument would put us on a short path toward dictatorship, benevolent or otherwise. It’s incompatibl… https://t.co/bMpfmSBIzL
— Laurence Tribe (@Laurence Tribe)1580327807.0