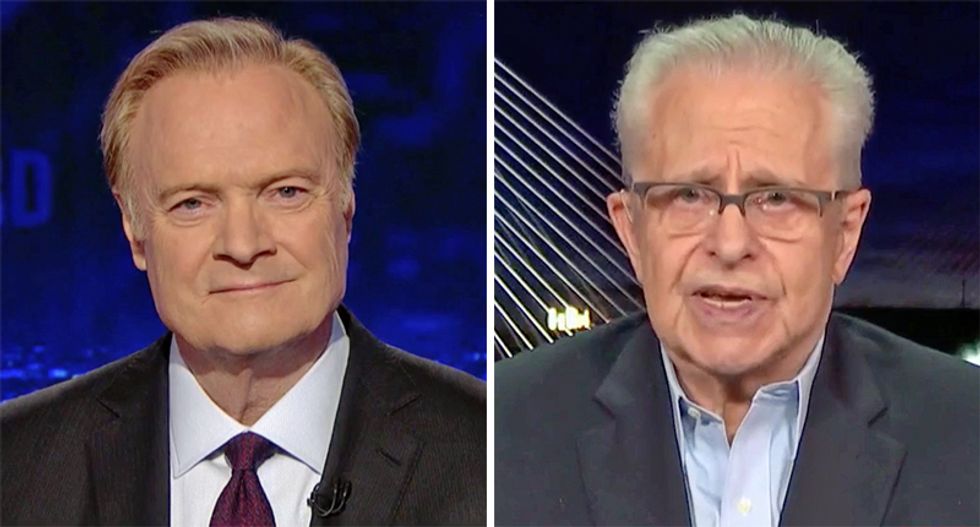 The man who taught Constitutional Law to Supreme Court Chief Justice John Roberts expects him to vote to allow witnesses if he needs to cast a tie-breaking vote while presiding over President Donald Trump's impeachment trial in the U.S. Senate.

Prof. Laurence Tribe was interviewed by MSNBC's Lawrence O'Donnell on Thursday. In addition to having argued three-dozen cases before the highest court, Tribe has taught at Harvard Law for 50 years and even taught the chief justice.

"What do you expect and what are you hoping to see in your former student presiding over this trial, Chief Justice Roberts?" O'Donnell asked.

"Well, he was very smart," Tribe replied. "He's very thoughtful, he cares about the institution."

Tribe, who has reportedly advised House Democrats on impeachment, then offered a major prediction.

"If he is asked to issue a subpoena, I think he will use his power to do it," Tribe said.

"He will at least rule, if the evidence is relevant, that it ought to be heard, but he knows he can be overruled by a majority of the Senate," he explained.

Tribe gamed-out how it could break down.

"What I'm wondering is what will happen -- and I don't think I had this hypothetical in class when he was my student -- what will happen if 50 senators vote to hear [Lev] Parnas and 50 vote not to hear him? Or 50 vote to hear [John] Bolton and 50 vote to treat him as completely irrelevant and everything he has to say as privileged?" he wondered. "At that point, if Chief Justice Roberts follows the precedent of Justice [Salmon] Chase, the chief justice in the Andrew Johnson trial, he will break the tie. In fact, he will have no choice because the vice president -- who ordinarily breaks ties -- is not allowed to take part in an impeachment trial of the president."

"What I would hope that this chief justice will do is indicate when a motion is made to hear a witness that his inclination is to search for the truth," he added.

"And I may be an eternal optimist, but I want to believe that even some of these senators who think they've made up their mind, who think they have to vote a certain way if they want to get re-elected, will realize that there are sometimes more important things than their immediate political future," Tribe said.

"They have a future in history to worry about," he added.