'Let's find out the truth': Fox News host battles Jim Jordan over why there should be witnesses in a trial 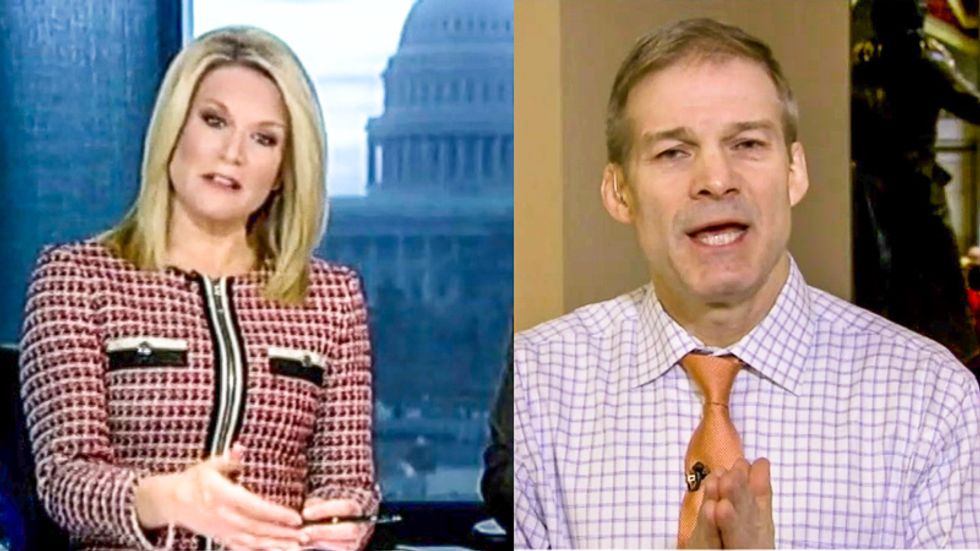 "With regard to [former National Security Adviser] John Bolton," MacCallum said at the conclusion of a Fox News interview on Wednesday, "one of the things that you hammered home during the House side of this process was that all of this [evidence against Trump] is hearsay."

"But now you have John Bolton saying that he was in the room, that he knows the president's thinking on this," the Fox News host continued. "The president has flatly denied that, says it isn't true. But how do you get past that?"

Jordan argued that leaked portions of Bolton's book were also "hearsay" because they had not yet been published.

"But that's exactly the reason that a lot of the senators want John Bolton!" MacCallum interrupted. "Let's bring him in the room and let's find out the truth."

"It wouldn't change any of the underlying facts," Jordan scoffed before launching into a set of talking points for Trump's defense.