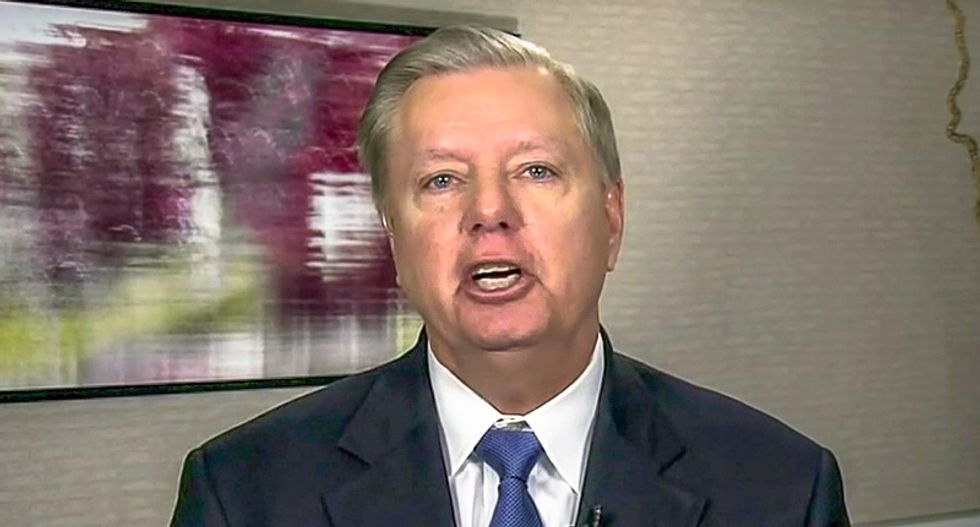 In an interview with top adviser to President Donald Trump, Sean Hannity, Graham said he was ready to leave the United States if Biden isn't investigated.

"We're not going to live in that country!" Graham proclaimed.

As a point of fact, the Justice Department has had information on the Bidens for over a year, but has never opened an investigation into it.

Graham went on to say that the fact that Trump wanted Ukraine to announce an investigation was just "good government." In the United States, however, we don't ask other countries to do our investigations. Similarly, Trump never actually wanted an investigation, just the announcement of one.

Finally, Graham went off, saying that Trump has been investigated for every business deal he's ever done. Unfortunately, that isn't true either. Only cases where Trump did something illegal has there been a case. Thus far, all of those cases that have been decided proved Trump was guilty.

Lindsey Graham says he’s not going to live in a country where Trump is investigated and Biden isn’t https://t.co/a02RbksJtk
— Acyn Torabi (@Acyn Torabi) 1579919653.0