Lindsey Graham goes berserk at impeachment presser: 'I'm not covering up anything, I'm exposing your hatred!' 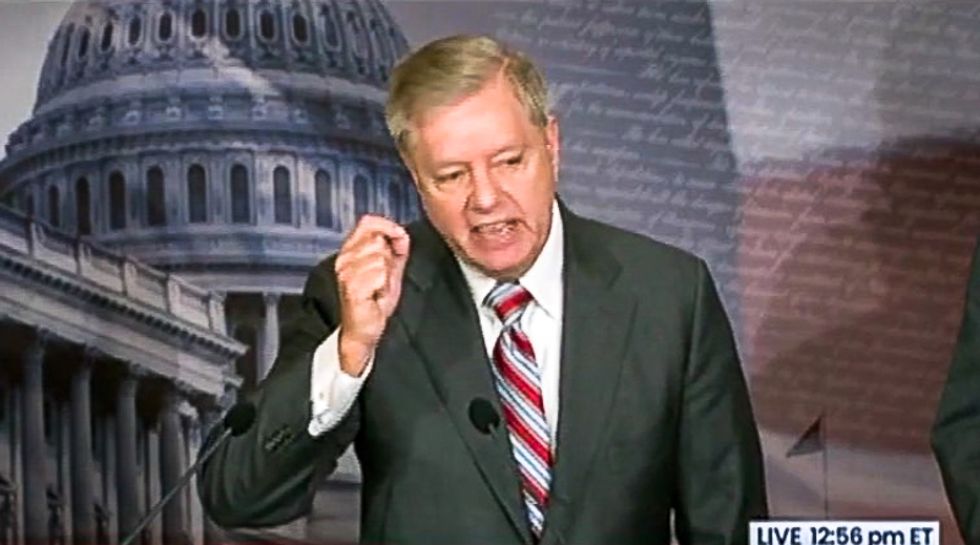 "If I was the president, I wouldn't cooperate with these guys at all," Graham told reporters at a Senate press conference. "I wouldn't give them the time of day! They're on a crusade to destroy this man and they don't care what they destroy in the process of trying to destroy Donald Trump."

"To my Democratic colleagues, you can say what you want about me, but I'm covering up nothing!" he continued. "I'm exposing your hatred to the point that you would destroy the institution!"

Watch the entire rant below from C-SPAN.