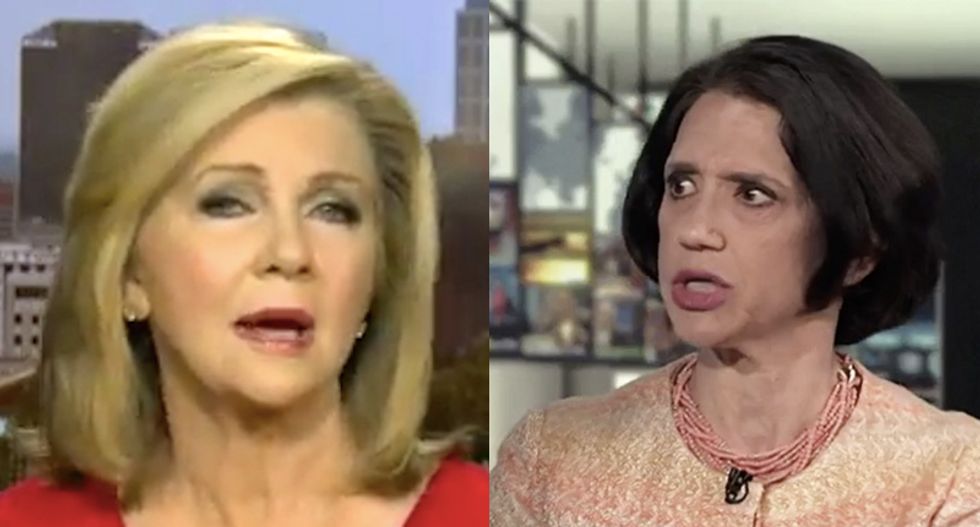 Sen. Marsha Blackburn (R-TN) has spent most of the impeachment trial not paying attention. Now a conservative is calling her out for spending her third day in a row ignoring the proceedings.

She spent the first day of debate about amendments to the rules speaking with Fox News when she was supposed to be on the Senate floor.

Wednesday, Blackburn and other members, including some Democrats, spent the evening leaving the chamber.

Finally, on the third day of the impeachment trial, Blackburn was spotted reading a book that had nothing to do with impeachment.

Conservative Washington Post columnist Jennifer Rubin called her out on it, only to get a snippy and sarcastic response.

"[Marsha Blackburn} might improve her understanding of the facts and law if she paid attention. This is shameful," said Rubin.

Blackburn, who was supposed to be paying attention at her desk in the Senate, then appeared to step outside to reply yot Rubin's tweet.

Kim Strassel isn't a lawyer, nor did she go to law school. If Blackburn wants to become more educated about obstructions of justice, she could explore John Dean's The Nixon Defense.

"Second – busy mamas are the best at multi-tasking. Try it," Blackburn told Rubin.

It was an interesting comment because Blackburn doesn't have young children at home that she's parenting. Both her son and daughter are married and live their own working lives. Blackburn's daughter and son are in their 40s. They also live in Tennessee, far from Blackburn's Washington, D.C. job.

Rubin lives with her spouse and two children just outside of Washington.