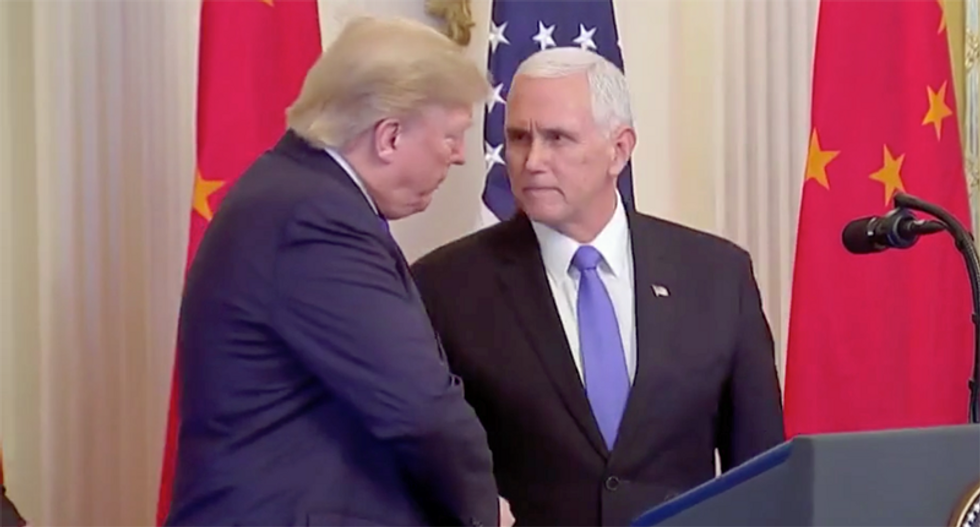 Vice President Mike Pence quoted a Chinese proverb on Wednesday that may represent a subtle dig at his boss.

"Mr. President, you know there's an ancient Chinese proverb that says, 'Men see only the present, but heaven sees the future.' So let today be the beginning of a brighter future, more prosperous for the American people, the Chinese people, and the world," Pence said.

It was not the first time the vice president has cited the proverb. When he used it in October, Quartz investigated the meaning.

"The original Chinese saying is 人见目前,天见久远, which originated from a Ming dynasty collection of stories called Stories Old and New, which chronicled the daily lives of people from different social classes. The proverb comes from a story about karma and the afterlife (link in Chinese)," Quartz explained.

The meaning of the proverb is fascinating in the context of Trump.

"In the story, the King of Hell was asked why good people suffer while some bad people are able to prosper. The king used that saying to explain that mortals can only act with limited vision, while the heavens see what lies in the future," Quartz explained.